In recent times, MS Dhoni has not only doing well with his bat. But he has also been successful in showing his witty side with his perfect choice of words during an interview. More often than not, the Chennai Super Kings (CSK) skipper manage to own the interviewer with his words. There have been a plethora of occasions when a question has backfired on the interviewer. One such incident took place during the first qualifier of the 12 edition of the IPL between MI and CSK.

Ahead of the game, Dhoni won the toss during which Sanjay Manjrekar asked the CSK skipper about his team’s poor record against Mumbai Indians (MI). As the record says, CSK has won 11, while MI has secured 15 games in the face-off. In the last 7 matches, Chennai could only win one match.

Manjrekar was keen to know if Dhoni gives more respect to MI than any other team, as they have dominated against his team.

Replying to the same, Dhoni said, “It will be a mistake if we just respect Mumbai – most of the teams are all dangerous. Mumbai is a very balanced side and they have a squad that can do well in all conditions. You try to break down the process into small things. We don’t think too much about the playoffs.”

The first qualifier of the IPL 2019 took place at the Chepauk which is meant to be a fortress for CSK, but when the game is against the Mumbai Indians (MI), the yellow army losses its color. Under the leadership of Rohit Sharma, the MI Paltan has been unbeaten at this venue and the record is still standing. They played superbly to defy the Men in Yellow. Suryakumar Yadav was the hero for the visitors as they got over the line with 9 balls to spare and 6 wickets in hand. Mumbai has reached its 5th IPL final and now Chennai has to win the second qualifier to reach the final. 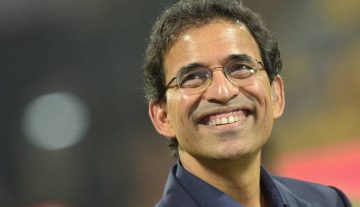