Former Indian skipper, MS Dhoni has always been known to give some crucial advice from behind the stumps to the bowlers in order to make their spells more effective. Every now and then the writ-spin duo of Kuldeep Yadav and Yuzvendra Chahal credits Mahi for his crucial advice, which helps them to improve. 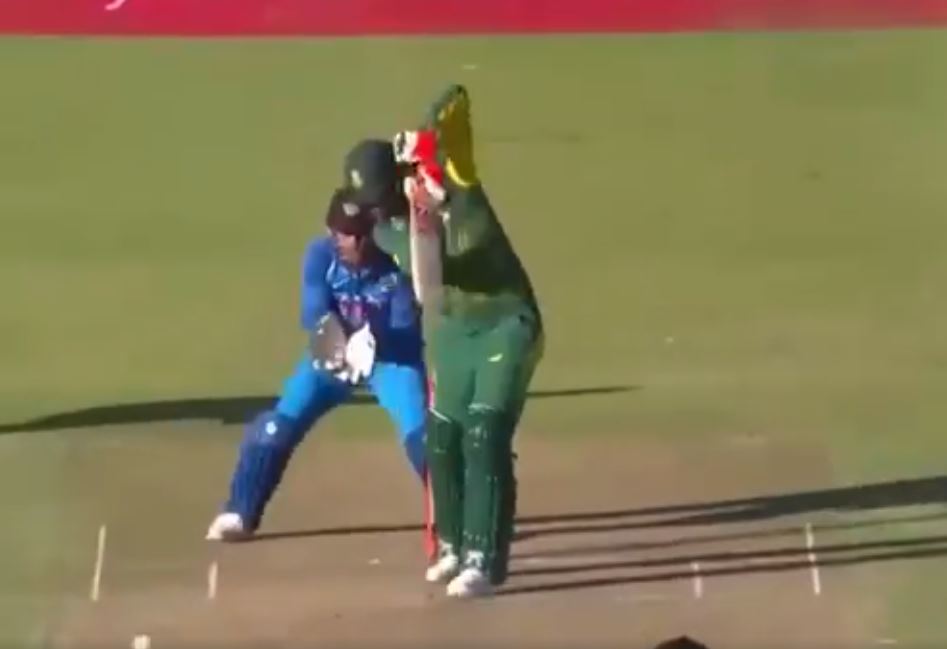 On Sunday, the South African batsmen once again got entangled in the spin web of Chahal and Kuldeep as they were bundled out for a meager total of 179 runs in the third ODI of the six-match series at Newlands, Cape Town.

The stump mic caught MS Dhoni handing out tips to India’s bowlers in the third ODI as well against South Africa. The Team India gave a huge target of 304 runs thanks to Virat Kohli 160* runs and the hosts succumbed to a low score 179 runs in the second innings. Kohli became the player of the match for his second-highest individual ODI score.

Kuldeep and Chahal shared 8 wickets between them in the Cape Town ODI as well and conceded just 69runs in the 18 overs they bowled. Jasprit Bumrah took the other 2 scalps

During the first innings, Dhoni’s instructions to the bowlers were clearly heard on the stump mic. When David Miller was facing Kuldeep, Mahi said, “Miller is going to play across batted shot next” He also asked Chahal if he is going to bowl the googly or not.

There were a plethora of such comments from Dhoni caught on the mic and they were as hilarious as they can get. Here is the clip of that video full of such advice from MSD: