When it comes to keeping a calm demeanor on the field, there are very few individuals in the game better than MS Dhoni. Apart from his scarcely-believable exploits on the field, the former Indian skipper has made a name for himself for the way he conducts himself.

Whether his team wins the World Cup or suffer a humiliating loss, Dhoni is rarely seen letting his emotions get the better of him. But then again, he has also been known to deliver cheeky remarks from behind the wickets. From guiding bowlers to giving them an earful, MS always remains in action. Well, something similar was seen on Tuesday when India was playing against Afghanistan in the Asia Cup. With regular skipper Rohit Sharma taking rest from the game, Dhoni led the team, much to everyone’s delight. And he did not take long to turn back the clock.

The incident occurred when Kuldeep Yadav came to bowl. The chinaman spinner was setting the field and was taking longer than usual. Annoyed by it, Dhoni gave the young spinner a hilarious warning. Asking the youngster to start bowling, Mahi said, “Bowling karega ya bowler change karien (Will you bowl or should I change the bowler)?”

Kuldeep asking to change the Fielder

Meanwhile, the game was Dhoni’s 200th ODI as the Indian skipper and he became the third ODI captain to surpass the landmark after Ricky Ponting and Stephen Fleming. He had last captained India in the ODI series at home against New Zealand in 2016. Ponting led Australia in 230 ODIs from 2002-2012 while New Zealand’s Stephen Fleming led in 218 ODIs from 1997-2007.

Coming to the game, Afghanistan rode on a century from Mohammad Shahzad to post a challenging 252 for 8. Surprisingly, the match ended in a tie as the men in blue were bundled out with one ball to spare 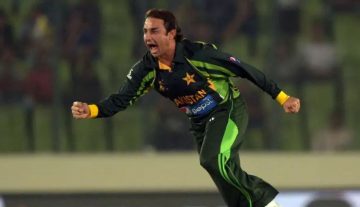