The Sheffield Shield match between New South Wales and Queensland in Australia was delayed by 30 minutes due to a fire alarm going off in the Stuart Law stand. It was where players of both the teams, scorers, and media were housed and the stand had to be evacuated because of that.

Umpires soon decided to suspend play because of the incident. It later turned out, though, the story behind the fire alarm was rather funny. Australian spinner Nathan Lyon, who plays for New South Wales, acknowledged later that it was his attempts at preparing a toast that caused the alarm.

Talking about the incident, Lyon said, “(The toast) popped up first and I wasn’t happy so I put it back down and I got carried away watching the cricket. There’s a first for everything. I was getting a bit bored in the changerooms. Steve Smith already said he’s going to cover it (the fire truck call-out fee).”

Fire alarm going off in the Stuart Law stand at Albion. Who burnt the toast? pic.twitter.com/ojKiKtjp5E

Nathan Lyon has tried to burn down the Sheffield Shield game. I think it’s a cry for help. https://t.co/CWU3U3AdbQ 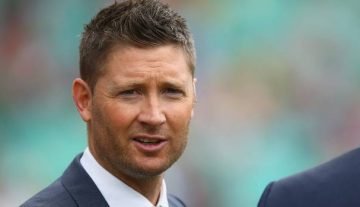