The South African bowlers Dale Steyn and Tabraiz Shamsi were seen engaging in some fun activity ahead of their warm-up game against Sri Lanka on Friday. Both took part in a ‘You Laugh, You Lose’ challenge.

While Shamsi somehow managed to control his laughter, Steyn just let it out as he ended up losing the challenge. The video clip of the same was also shared on Twitter by the official Cricket World Cup handle. Here is the video of the same:

This is well worth a watch 😂

Dale Steyn and Tabraiz Shamsi take on the 'You Laugh You Lose' challenge! pic.twitter.com/mQGdZ7fUXW

Earlier, while completing media commitments of the tournament, the veteran Indian opener, Rohit Sharma took some time out and had a go at the ‘Steady Hand Challenge’. While the opener came really close, he failed to complete the challenge.

Steyn has been sustaining a shoulder injury which the pacer picked up while playing for the Royal Challengers Bangalore (RCB) in the recently concluded season of the Indian Premier League (IPL). The right arm pacer took no further part in the tournament. As Steyn is fighting hard to regain complete fitness, this will probably be his last World Cup. The Proteas came really close last time, losing the semifinals to co-hosts New Zealand in what was a nail-biting encounter.

Other than Steyn, the South African pace attack comprises of Kagiso Rabada and Lungi Ngidi which make their fast bowling line-up looking formidable. South African team is looking forward to commencing their World Cup campaign as they play the first game of the World Cup against hosts and favorites England on 30th May.

South Africa could be the dark horse in the tournament. Captain Faf du Plessis believed that every team are able to win the title. He further shared that they will play without worrying. No doubt it will be an exciting contest between the Proteas bowling and the English batting lineup. 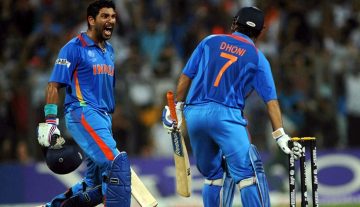