India and South Africa are involved in the third One-Day International in Newlands Cape Town, where hosts opted to bowl first after winning the toss. Indian skipper Virat Kohli mentioned that he would have been opted to bat in either way. 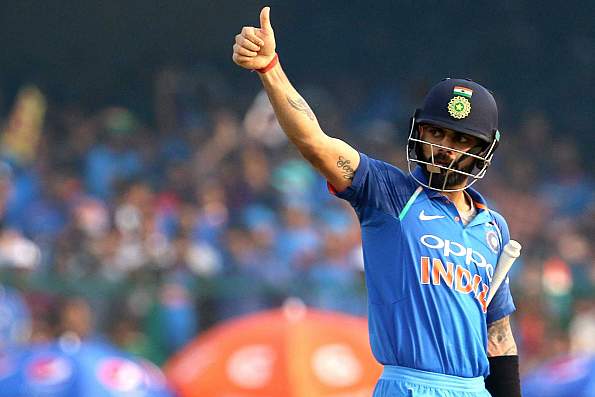 Kagiso Rabada gave his team a good start as he gets a faint edge of Rohit Sharma’s blade to dismiss his for a duck. Kohli was not aware that he has to come in the middle so early. Rabada was fired up and bowling some venomous deliveries in order to test India’s famous top-order, which is formidable for any bowling line-up in the world.

Bowling his second over, Rabada trapped Kohli successfully in front of the wicket when he was on naught. After discussing it with Shikhar Dhawan, Indian skipper opted for the review but his body language was not comforting Indian supporters.

It looked out from the naked eyes but somehow Kohli managed an inside edge, which snick-o-meter caught straightaway. Umpire Ian Gould had to overturn his on-field decision within disbelief. This was the biggest moment so far in the match.