One of the biggest IPL rivals, Royal Challenger Bangalore (RCB) and Mumbai Indians (MI) locked horns with each other at the M Chinnaswamy Stadium in Bangalore. After winning the toss, the RCB skipper, Virat Kohli asked the visitors to bat first. Mumbai defended a total of 187 and won the game by 4 runs in a nail-biting game.

During the toss, the MI skipper, Rohit revealed that they have made two changes to their squad as Ben Cutting and Rasik Salam made way for Lasith Malinga and Mayank Markande. On the other hand, RCB made no changes to their squad. Mumbai started really well as Rohit and De Kock added 52 runs in the batting powerplay itself, but in the 7th over itself, they lost the latter and the credit for that goes to Yuzvendra Chahal.

Later in the innings, Mumbai crumbled as they lost, Surya Kumar Yadav, Kieron Pollard and Krunal Pandya in quick succession and soon they were reeling 172/7 at the 19-over mark. However, the flamboyant all-rounder, Hardik Pandya was still at the crease. He smacked Mohammad Siraj for two towering sixes in the final over and one of them even went over the shed at the M Chinnaswamy Stadium.

WATCH – Navdeep Saini Takes A Blinder At The Boundary Line

Mumbai has set a target of 188 in their quota of 20 over. However, Chahal was the pick of the bowlers for the RCB as he finished the 4-over spell with the figures of 4/38.

During the chase, RCB started off well with 60/1 after the powerplay. Virat Kohli and AB de Villiers were playing good. But after, Kohli’s dismissal, it looked difficult for RCB as Shimron Hetmyer also got out early. But ABD kept the hopes alive. Testimony of the same came in the 18th over when De Villiers gave Hardik a taste of his own medicine by smashing him for two back-to-back sixes.

However, the equation became such that RCB needed 17 runs in the final over and Shivam Dube smashed a six on the very first ball of the over to Lasith Malinga. But they failed to score another boundary in the over requiring 7 on the last ball. Malinga bowled a full toss on middle and Dube smashed it to long-on and Mumbai hung in there to clinch a thriller.

However, in the replays, it was clearly seen that the last ball of the match should have been called as a no-ball by the umpire, which would have meant a free-hit. That’s a terrible miss from the umpire. RCB players aren’t pleased.

Talking about the same after the game, Virat said, “We are playing at the IPL level, it’s not club level, the umpires should have their eyes open. That was a big no-ball.” And Rohit said, “Honestly, I just go to know after crossing the rope that it was a no-ball. These kind of mistakes aren’t good for the game.”

Here is how people of Twitter reacted to the incident:

Wow!!! How big a moment was the umpire missing the no ball?

Spot on by Virat, that last ball blunder is unacceptable. quite possibly could have changed the result #RCBvMI

Hardik’s knock in the end. #RCB’s woes with their death bowling…. #RCBvMI #IPL

Brilliant from Bumrah. No bowler in the world like him in the ‘death’

This is the first time AB de Villiers has remained not out in an unsuccessful chase in IPL! 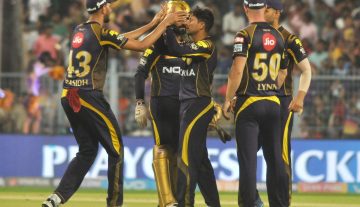