Indian all-rounder Vijay Shankar grabbed a lot of attention when he was included in the World Cup squad ahead of Ambati Rayudu for the No.4 slot. Despite the selection, he didn’t have a memorable outing in the recently concluded IPL season and thus faced a lot of criticism. The team still stood behind him and that would’ve given Shankar a lot of confidence. However, even before the warm-up fixtures, the all-rounder faced a blow on his hand.

Shankar was batting in the nets as the Indian team was preparing for the first warm-up against New Zealand at the Kennington Oval. During the session, Shankar suffered a blow on his right hand and immediately walked off. It is just a preliminary report from those who witnessed it first hand and there are no further details provided on the extent of the injury.

ALSO READ: Yuzvendra Chahal Not Concerned About The Flat Decks In England

An update from the BCCI or the Indian team management will give the idea about the seriousness of the injury. Earlier in the day, opener Shikhar Dhawan also got hit on the helmet while training. He had also walked off immediately as a precautionary measure. Team India will commence their World Cup campaign against South Africa on June 5, which will give both the players sufficient time to recover even in case it is a minor injury situation.

Despite all the criticism, Vijay wants to keep things simple and is just grateful to be a part of the team. During a recent interview, he said, “I feel like I should stick to the basics. It has been nothing short of a rollercoaster ride for me to get selected for the World Cup. I am really happy to play a part in the World Cup and feel fortunate to share the dressing room with senior players.”

Talking about the feeling and his approach for the mega event, Shankar said, “I like to keep things very simple. Initially, there was a lot of happiness around but as the tournament is getting closer I feel the ode of responsibility I must shoulder. I like to be prepared for everything and this is the World Cup, the most prestigious tournament. So, I am definitely focused to give my best.” 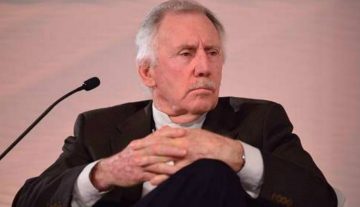