Team India was one the verge of winning the Champions Trophy for the consecutive time in 2018 in London against arch-rivals Pakistan. Under the captaincy of Virat Kohli, the men in blue suffered only a minor blip when they lost to Sri Lanka in the group stage after which they crushed South Africa and handed a thrashing to Bangladesh in the semi-final. On the other hand, Pakistan had lost to India in their opener but made a strong recovery and beat hosts England in the semi-final to set-up a date with India in the final.

Ahead of the much-awaited final, India’s batting was immensely praises and their impressive head-to-head record in 50-over ICC tournaments against Pakistan which stood at 8-2.

However, numbers were thrown out of the equation and Pakistan proved they are one of the most unpredictable sporting teams by stepping up and making a joke of the ‘favorite tag’. The men in blue suffered a loss by 180 runs in London wherein they were error-prone. Pakistan, for a change, played a fearless brand of cricket which was too much to handle for India.

The Indian skipper, Virat Kohli had won the toss and decided to bowl first but nothing went India’s way after that. Jasprit Bumrah overstepped early, giving Fakhar Zaman an extra life as the latter made full use of the reprieve and went on to hit 114 off just 106 balls as Pakistan’s opening stand accounted for 126 runs. Pakistan registered a humongous score of 338 after a late blitz from Mohammad Hafeez.

Bumrah conceded 68 from 9 overs after the fateful no-ball while R Ashwin and Ravindra Jadeja were taken to the cleaners on a decent Kennington Oval wicket. India would have believed in their batting ability even when they were walking to the dressing room after conceding 336. However, those hopes were blown away by Mohammad Amir’s phenomenal opening spell.

Amir dismissed Rohit Sharma and Virat Kohli inside the first 3 overs. Kohli was handed a reprieve when he was dropped by Azhar Ali in the slip in the 3rd over. However, the Indian skipper was dismissed by the fiery Amir in the very next ball. Amir also got the crucial wickets of Shikhar Dhawan inside the first 10 overs after which experienced Yuvraj Singh and MS Dhoni fell cheaply.

India were reduced to 54 for 5 then when Hardik Pandya kept India’s hopes alive as he amassed 76 from just 43 balls only to be run out by Ravindra Jadeja who was struggling to put bat to ball in the big final. Eventually, the Indian team was bundled out for 158.

Sarfaraz Khan did what many other established Pakistan captains couldn’t — beat India in an ICC tournament final. 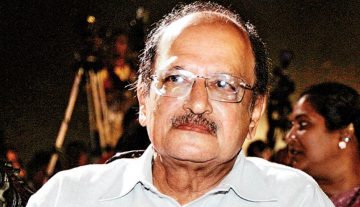