The dust has settled on the Indian Premier League 2021 with Chennai Super Kings coming out victorious with their fourth title. MS Dhoni-led side completed a redemption after a rare low of the previous season, where they finished in seventh place.

And it was a perfect place for them to clinch the title as well. The UAE held the IPL 2020 entirely where CSK was a slump in their usual winning method. The second half of the IPL 2021 moved to the UAE after the covid-19 cases arrived in the bio-bubble in May when the league was supposed to be played in India.

Now, the Board of Control for Cricket in India (BCCI) has moved their focus towards the next IPL season and how to make it bigger than ever. The league is set to be expanded with the introduction of two new teams. Also, a mega auction will be taking place for the next season and BCCI will be announcing the retention guidelines for the franchises before going into the mega auction.

As reported by Cricbuzz, teams may get to retain four players before the mega auction. Not more than three Indian players and two foreign players will be allowed to retain.

Further, in the same report, Cricbuzz mentioned Chennai Super Kings (CSK) are likely to retain their talismanic skipper, MS Dhoni, along with Ravindra Jadeja and Ruturaj Gaikwad. For the fourth place, which needs to be a foreign player, CSK may go for one between Dwayne Bravo and Faf du Plessis.

It will be interesting to see who the champions retain ahead of the mega auction but the above-mentioned names are the most likely faces who may get the backing of the franchise. 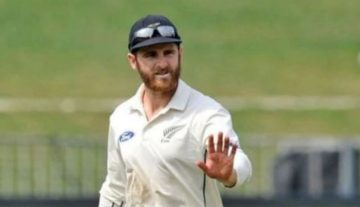 News
By CricShots - Dec 3, 2021
Kane Williamson And Ravindra Jadeja Ruled Out Of The Mumbai Test