The SA20 player auction witnessed hundreds of cricketers from around the world going under the hammer in the Cape Town International Convention Centre on Monday. While the auction saw no participation from Indian players, the 2012 U-19 ICC World Cup-winning captain, Unmukt Chand had registered for the auction, seeking to sign a deal with any of the six participating teams in SA20. Chand earlier became the first Indian male cricketer to play in the Big Bash League (BBL).

All the six franchises in the SA20, MI Cape Town, Joburg Super Kings, Paarl Royals, Pretoria Capitals, Durban SuperGiants, and Sunrisers Eastern Cape are owned by owners of Indian Premier League (IPL) franchises. The reason that no other Indian cricketer was present in the auction is because of the policies of the Board of Control for Cricket in India (BCCI) that don’t allow Indian players to play in an overseas league.

It is understood that BCCI does this to protect IPL’s and domestic cricket’s exclusivity. However, Indians are allowed to play red-ball and 50-over cricket in foreign lands but are barred to play any domestic or franchise-based T20 matches, until they retire. Having said that, here’s why Chand was allowed to register for the SA20 player auction.

After being on the sidelines for years in his career, Unmukt Chand announced his retirement from Indian cricket in August 2021 and shifted his base to the United States (US). If any Indian cricketer wants to play in the overseas T20 league, they won’t be eligible for selection in the national team. Since Unmukt has already retired, he can ply his trade for any other franchise.

However, Unmukt failed to find a buyer and went unsold in the SA20 player auction. The 29-year-old will be eligible to play for the American cricket team in 2024 and had registered himself in the auction as a USA player. He has represented Silicon Valley Strikers in the Minor League Cricket and Melbourne Renegades in the Big Bash League in Australia.

South Africa batter Tristan Stubbs became the most expensive player to be sold in the inaugural SA20 player auction with the highest bid of Rand 9.2 million (USD 520,000 approx.) by Sunrisers Eastern Cape 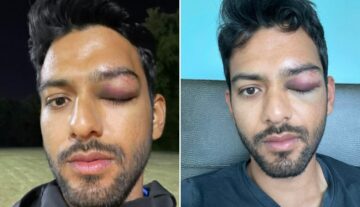