The Day 3 of the warm-up game between India A and Australia A ended in a draw on Tuesday. But the game finished with a worry for the hosts as ahead of the four-match Test series. The talented opener, Will Pucovski walked off after being hit on the helmet after facing the bouncer from young Indian fast bowler, Kartik Tyagi.

The incident took place in the 13th over of the second innings of Australia A. Tyagi decided to bowl a well-directed short ball and Pucovski got himself into a tangle while facing it. He tried to sway away to miss the bouncer but got a bit late as he slashed his bat as well. But the ball ended up hitting the top of his helmet only to lob over the slip cordon.

Though the ball went to the boundary, thing were looking quite concerning at the striker’s end as Will Pucovski was on his knees looking in some serious pain. He didn’t look comfortable at all and had to be attended by the physio. After assessing him for some time, the batsman decided to walk off and the scenes, even in the Indian camp, seemed worrisome.

WATCH – Cheteshwar Pujara Gets Dismissed On A Unplayable Delivery

Moreover, Pucovski wasn’t in a great frame of mind while going back to the pavilion and there is a possibility of him suffering from concussion again. In that case, this will be the 9th time, Will Pucovski suffering after being hit on the head.

Fingers crossed for Will Pucovksi, who's retired hurt after this nasty blow to the helmet.

Suddenly, Australia are grappled with injuries 9 days before the start of the first Test against India in Adelaide. Head coach Justin Langer has already hinted that David Warner can be expected to in the first Test of the series while the other opener Joe Burns is struggling to get his form back. n the warm-up game, he registered scores of 4 and 0 in two innings and is far from certain to play the first Test.

Rather Burns and Will Pucovski seemed to be the likely openers for Australia and now the latter has suffered an injury. If it turns out to be a concussion for the Victorian, then Marcus Harris, who also played the warm-up game, can be expecetd to get into the senior squad. 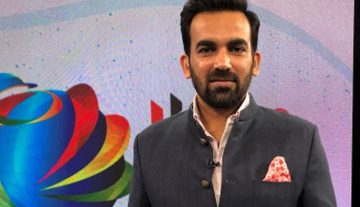