Article
Windies Includes Former Stalwarts For The One-Off T20 Against England
By CricShots - Sep 2, 2017 11:21 am
Views 0 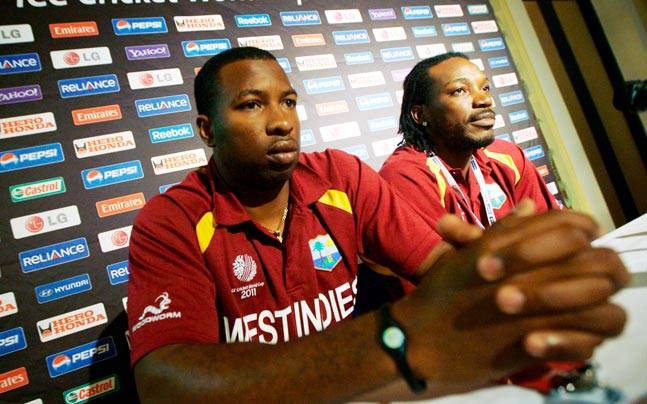 Windies‘ squad for the one-off T20I on Septemeber 16 against England is finalized. Carlos Brathwaite will be leading the squad and former players like Chris Gayle and Marlon Samuels have also been included for the only T20.

The last time these two teams met in the shortest format in the final of the World T20 in Kolkata in April 2016, when Brathwaite slammed gigantic sixes on consecutive deliveries of Ben Stokes.

Mystery spinner Sunil Narine and all-rounder Kieron Pollard have also been named in a 13-man T20I squad, as has uncapped seamer Ronsford Beaton. Leg-spinner Samuel Badree misses out because of a ‘prior commitment’, according to Cricket West Indies.

Talking about the inclusion of the stalwarts, Chairman of selectors Courtney Browne said: “We have a good mix of experience and youth that should adapt to English conditions quickly. Coming off the series win against India in the Caribbean in July our expectations is to see the team play a highly competitive game and bring that T20 Caribbean atmosphere to England.”