Wriddhiman Saha, the first choice wicket-keeper of India in the longer format of the game wants to play in all three formats of the game but he is not worried over his lack of opportunities in limited-overs cricket.

“It feels nice to read things like ‘Superman Saha’ and hopefully I can take more such catches,” he said. “There’s no secret, it just seems to everyone that I have become more agile. Since the time I started playing cricket for my club, for my state Bengal, I was probably the same.”

“I have probably taken many catches in the past similar to those that are being praised currently. The only difference is that people are able to watch the current ones on TV but the ones in the past were not broadcast. People who have played with me would know,” he added.

However, Saha has failed to make an impact in limited-overs cricket.

“I don’t think anyone is satisfied playing just one format,” Wriddhiman Saha said. “It’s always more pleasing when you get to represent India in all formats as a player. But I want to focus on the opportunities I am currently getting and if I get a chance to play other formats I will definitely give my best to do well in those.”

After making his debut in 2010, Saha played only three tests until the end of 2014 as the responsibility was on the then captain and wicketkeeper MS Dhoni. He came in the frame in early 2015 after Dhoni announced his retirement from the Test series in Australia.

“I always prepared thinking I am playing the match,” he added. “I always knew Dhoni bhai will be the one playing but I still prepared as if I was going to be the one. I think that worked in my favour. When Dhoni bhai stepped away and I was asked to play I did not suddenly find myself in a situation where I did not know what to do and how to prepare.”

“Bumrah is the most difficult to keep to because of the angle he bowls from,” Saha said. “It’s one angle when a batsman plays the ball, and completely another when he doesn’t. For that reason it’s important to be focused all the time while keeping to Bumrah.” 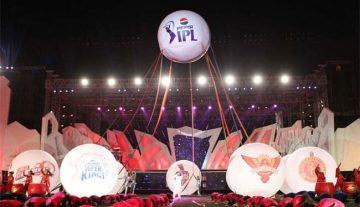