The T20 World Cup is less than three months away and Team India is considered as the hot favorite for winning the trophy considering the current bench strength of the team. The former Indian cricketer, WV Raman has thus opened up about the leadership of Virat Kohli across the formats and the chances of the Indian team winning the T20 World Cup. Pointing out the beauty of sports, he also stated the uncertainty factor in the shortest format.

The WTC final loss was the Indian team’s third loss at a knockout stage of the ICC event under the captaincy of Virat Kohli. Putting his thoughts forward on whether Kohli has it in him to lead India to win an ICC title, Raman who has represented India in 11 Tests and 2 ODIs and was the head coach of the Indian women’s cricket team, said that one cannot guarantee success and also praised Team India for their performances in all the three formats of the game under Kohli.

During a recent chat with News18, WV Raman said, “I cannot say with guarantee if Virat Kohli will win an ICC Trophy or not. The Indian team has performed well in each of the three formats under Kohli. If you look at it, this Indian team has a very good chance in the T20 World Cup.T20 is a format where no one is sure what would happen. “

He further added, “Everything can change in just one over. That is the beauty of sport. You look at World No. 1 Djokovic (who won all the three Grand Slams so far this year), who could not win the bronze medal in the Tokyo Olympics He was in great form in tennis this year.”

Virat Kohli has a success percentage of 59% in Tests while on the other hand, he has managed to maintain 68.42% and 64.44% winning record in ODIs and T20Is respectively. WV Raman lavished praises on Kohli’s captaincy and pinned his hopes on the success of the Indian team in the ICC T20 World Cup which is scheduled to take place in UAE and Oman in October-November.

Talking about the same, WV Raman said, “This happens in top-level sport. Generally, we cannot predict what happens in cricket, and more so in T20 cricket. Who wins, whether Kohli wins, it is different. If you look at his captaincy record, he has a very good success record. India is well placed to win the T20 World Cup.” 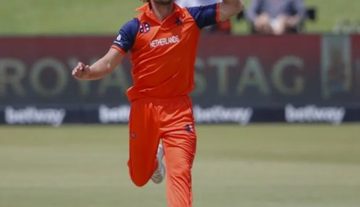