The forthcoming season of the Indian Premier League is just around the corner and players have started their preparations for this season. In order to the same, young Indian cricketer Mayank Dagar is looking forward to taste success in IPL 11. 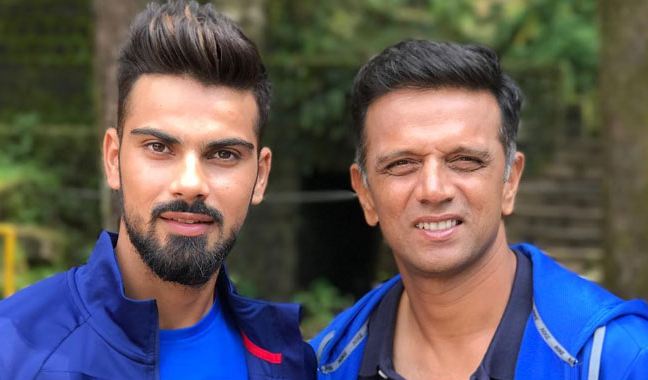 He was the part of India U-19 team, which ended being the runner-up of the ICC U-19 World Cup 2016 in Bangladesh. Now, Kings XI Punjab (KXIP) has bought him for the upcoming season, where he will play under the mentorship of his uncle Virender Sehwag.

Hence, it will be interesting to see how the nephew performs in front of his uncle. As per the recent quotes in the Hindustan Times, Mayank Dagar expressed his excitement about the same opportunity. Dagar was one of the key members of the India U19 side in 2016, which had made it to the finals of the U19 World Cup.

“I would like to see Virender Sehwag as Kings XI Punjab’s director of cricket operations. Sir was tremendous during his playing career. I am looking forward to working with him,” quoted Dagar.

He is looking forward to playing along with Ravichandran Ashwin, who can teach him some tricks. “Ashwin is a senior player and I am hoping to learn a few tricks from him. I also know Axar well. We have spent a lot of time together in cricket meets. It would be nice working with him,” Dagar mentioned further.

Getting coached by Rahul Dravid was very big opportunity for him, where he became mature as a cricketer. Now, Mayank is looking forward to playing in the world’s biggest T20 league.

“For any youngster, it’s big playing for the country. I have always wanted to play at the junior level as it opens a way to play at the senior level. I was lucky to work with Rahul Dravid for a year in the U-19 team. He advised us to be mentally prepared for the next level. Mental strength is what differentiates a junior cricketer and top cricketer,” he further added.

“After playing the U-19 World Cup, I got a chance in the U-23 team and also got to play the Duleep Trophy. Now, I am looking forward to IPL.” IPL 11 will be played from 7 April to 27 May across 9 cities in India.