Yuvraj Singh has been one of the biggest match-winners ever played for the Indian Cricket team. The left-handed all-rounder is a true warrior and loved by everyone across the country. The lad from Punjab helped India lift the World Cup after 28 years while risking his life at it. Playing with growing cancer in his lung, all-rounder produced major contributions and was also named as the player of the series during the ICC WOrld cup back in 2011. With the World under lockdown due to the pandemic spread of Corona Virus, Yuvraj Singh spoke about the IPL and the influence it has on the upcoming young cricketers.

The World Cup winner said that the new generation of younger players could be heavily influenced because of the fact that IPL teams are offering hugh amounts of money to the youngsters. Yuvraj also believes that this could have a bad effect on the behaviors of the new upcoming generation.

Yuvraj stressed the trend he noticed saying many young players aren’t focused on playing four-day cricket matches for their respective state teams or domestic sides. He also mentioned that the revolution of T20 cricket has also been affecting the batting style of the new generation.

ALSO READ: Afridi Applauds Yuvraj and Harbhajan For Supporting Him

“IPL offers big money and it takes away the focus (from the youngsters). Not the current lot. They want to play Tests but the younger lot, who play one-day cricket mostly, their focus is to play IPL and not four-day cricket for the states,” Yuvraj Singh said.

Yuvraj also added that the current generation of players does not pay respect to their seniors. Yuvraj explained that during the time when Yuvraj was coming up through the ranks and establishing himself as a regular in the Indian national team, the young players paid a lot of respect to their senior cricketers.

“From the interaction with the youngsters, you realize that they can do with more respect for the seniors. It is not the same that we gave to our seniors. There has to be a certain amount of respect towards the seniors, who have taught you so much,” he added.

The former  Indian all-rounder has retired from all forms of cricket after the last playing for the Mumbai Indians in the IPL. However, after his retirement, Yuvi is seen participating in foreign leagues. He was a part of the Global T20 Canada and T10 League. The all-rounder also featured for the India Legends team in the Road Safety World Series as well. 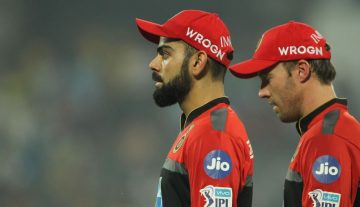