Discarded Indian all-rounder Yuvraj Singh, who has also been released by the Indian Premier League (IPL) franchise, Kings XI Punjab (KXIP) ahead of the IPL2019 auctions, returned to play the Ranji Trophy match for Punjab at the Feroz Shah Kotla stadium against Delhi.

In the above-stated encounter, Gautam Gambhir will also feature – who has also been released by Delhi Daredevils (DD) after being appointed as the new skipper of the franchise last year. Despite being one of the finest all-rounders the game has ever seen, Yuvraj was released by KXIP – who ended up at the eighth position in the IPL 2018 points table.

Yuvraj had earlier made way for youngsters in the Punjab squad but returned for the Group B match between Delhi and Punjab. After playing his first match of Ranji Trophy 2018-29, the southpaw will also play Punjab’s next two games against Himachal Pradesh (December 6-9) and Tamil Nadu (December 14-17). His return will come as a big boost for the Punjab team – who conceded first-innings lead in both their drawn matches, against Andhra and Madhya Pradesh.

The flamboyant southpaw played for the Indian team in June 2017, would be looking to score some runs in the domestic cricket which will also help Punjab register their first win of the season. Just like Punjab, Delhi was also searching for their maiden win of the season. Delhi’s first two matches against Hyderabad and Himachal Pradesh ended in a draw. Delhi would want Gambhir – who missed the team’s previous match against Hyderabad due to injury, to score a big knock and get Delhi’s campaign back on track.

Yuvraj and Gambhir would be two of the veteran cricketers up for grabs in the upcoming IPL auction which is scheduled to be taking place on December 18 in Jaipur. He was appointed as Daredevils‘ new captain last season, but Gambhir abandoned the position after a poor run with the series. 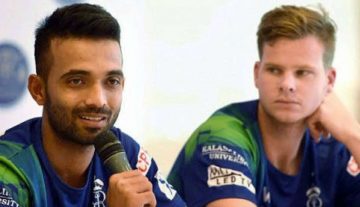