Royal Challengers Bangalore (RCB) spinner Yuzvendra Chahal took to Instagram on Wednesday to share a hilarious video of him with teammate AB de Villiers, from his official handle. Chahal can be seen doing “touch-up” on the Proteas cricketer’s face, with the latter assisting in this regard by remaining still.

A song by singer Ben Howard called “Only Love” can be heard playing in the background during the video. Captioning the post on Instagram, Chahal wrote: “Because he wanted me to do his touch up @abdevilliers #onlylove”.

Because he wanted me to do his touch up 🤣 @abdevilliers17 #onlylove

The spinner was earlier seen in a video dancing alongside South African all-rounder Chris Morris, with RCB reposting the video on Instagram. Both the players can be seen walking in a groovy manner. Captioning the videom Chahal had written, “Gangsta mode #PlayBold #IPL2020 #WeAreChallengers #REPOST @yuzi_chahal23 Cruising into IPL week! @tipo_morris.”

Chahal is currently in the United Arab Emirates (UAE) preparing for the 13th edition of the Indian Premier League (IPL). The tournament will be taking place in the UAE, after being shifted from India following increasing coronavirus cases. RCB have not won the IPL, in the last 12 editions of the tournament.

The franchise finished at the bottom of the table last year, with Chahal accounting for 18 wickets in 14 matches. IPL 2020 will be commencing on September 19, with defending champions Mumbai Indians (MI) locking horns with Chennai Super Kings (CSK). RCB will be playing their opening match against SunRisers Hyderabad (SRH) on September 21. 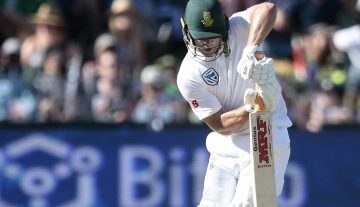 Article
By CricShots - Dec 28, 2017
AB de Villiers Is Satisfied With The Preparations Ahead of The India Series