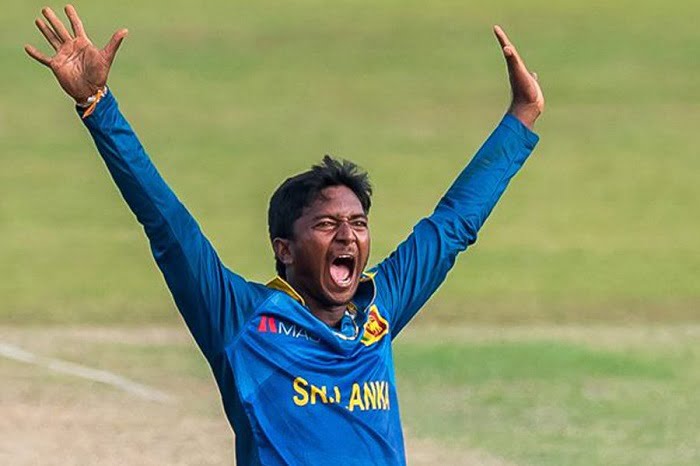 The second ODI between India and Sri Lanka was amusing for the cricketing fraternity for more than one reason. It was the first interesting contest between the two nations in the ongoing tour of the men in blue.

However, the dull series so far came to live because of the Sri Lankan bowler who bagged 5 wickets in the span of 13 balls, Akila Dananjaya. He ended up with a 6-fer against India.

India began the case pretty confidently with 100+ runs opening partnership but they were soon reduced from 109 for 1 to 131 for 7 in no time. A lot of credit for the same goes to Dananjaya. However, Sri Lanka still lost the match thanks to the commitment shown by MS Dhoni and Bhuvneshwar Kumar.

Akila chose the perfect time to announce himself on the world stage as he became the mystery spinner who nearly polished off Indian team at the blink of an eye. A few people of aware of him before that spell and here are some intriguing facts about the mystery man of Sri Lanka:

Another thing that makes Dhananjaya unique is that he has done something that has very few players have done this in the past. He was first selected for a T20I versus New Zealand, way back in 2012. A year later in 2013, he made his first-class debut for Colts Cricket Club against Ragama Cricket Club.

One of the most skillful Sri Lankan batsmen, Mahela Jayawardena was impressed by Dhananjaya’s skillset and forced his selection into the national squad. He used to be a net bowler in the past. It was only on Jayawardena’s request that he was selected for the ICC World T20 in 2012.

Yes, despite the fact that Akila hasn’t donned the yellow jersey but he selected for CSK in 2013 auctions. He was bought for a base price of $20,000, which approximately sums up to INR 10.5 Lakh.

The ball struck on his face

In his debut match against New Zealand, on Akila’s delivery, New Zealand batsman Rob Nicol hit the ball straight back at mystery spinner, who could not react quickly and the ball went on to hit his face. His cheek bone was injured. He missed the whole tournament after that due to the injury.

Married 24 hours before the memorable spell

Shockingly, Akila Dananjaya got married 24 hours before the 2nd ODI against India. He tied the knot with Nethali Tekshini. He didn’t feature in the playing XI for the first ODI but was later picked for the second ODI, which proved to be the best match of his career.