India is a pivotal point when it comes to staying in harmony, albeit divided by state boundaries but connected by national pride, national events, and most importantly, national celebrations. When it comes to national celebrations, the last decade has seen the rise of the Indian Premier League as a rather nationalistic event, bringing the country together despite having healthy team rivalries—will CSK take the title yet again, or will Mumbai prove to be dominant? Wil Kolkata finally relive their past glory, or will RCB finally get their fair share—these questions have kept the country joined together through discussions, online forums, and websites such as 10cric.com—the ways of connecting are limitless. These websites have been subject to the recent hot topic of IPL auctions, and which players will receive highest bids.

The BCCI announced that the auctions for the 2020 edition of the IPL would be held on December 19, 2019. Probably as exciting as the tournament itself, the auction series, much like the tournament itself, has a lot of exhilarating moments, and more importantly, bidding wars where franchises tear each other apart (and their budgets) for players that have been playing consistently, and who can provide them with the much-needed victory and the coveted title. Here is a list of players who are expected to be in high demand this year, and have a high probability to be involved in bidding wars.

One of the absolute best the West Indians have to offer, this Jamaican has always proven to be a rather illustrious addition to the new age of West Indian cricket. Probably a reminiscence of the legendary West Indian fast-paced bowling, his performance in the 2019 World Cup only increases the probability of him being one of the highest paid bowlers in this year’s IPL.

The king of Bollywood might already be partaking in the IPL in the form of a team owner, but it seems like there is magic in his name, for anyone with a similar attribute shows the exact same potential to be one of the greats, irrespective of the sphere of concern. Hailing from Tamil Nadu, this youngster has struck the right chords when it comes to proving his mettle on the field. Notorious for hitting out-of-the-park sixes, Shahrukh seems to be one of those few youngsters who should be sought after by the bigger franchises. With an average strike rate of 138.53 in the TNPL, this youngster could very well be the next breakthrough star that the IPL has been in quest for.

It is not an unknown fact that the Kolkata Knight Riders have been rather lackadaisical with their death overs bowling, which should ideally make Richardson their utmost priority. Rumour has it that KKR has already started scouting for Richardson as their strike bowler. Richardson has an astounding knowledge of Indian weather conditions, and the technical knowhow when it comes to modulating his bowling according to the pitch conditions. The 28-year-old has been a force to be reckoned with, and has dismissed quite the many elite batsmen time and time again. If properly utilised, Richardson stands a good chance to be the absolute best in this years’ edition of the IPL.

Living up to his name of living life king-size and playing cricket in a similar fashion, Brandon King is one such batsman who is always in the high-priority lists of the big guns of the IPL, especially considering how his strike rate is a gargantuan 145 in the CPL, with a personal best of an unbeaten 132* of 72 balls that led his team into the finals for the fifth time in history. Serving as an anchor when it comes to the batting department, King has always delivered, especially in times of need. His consistency alone should be one of the reasons why this youngster will be at a bidding war.

We have saved the best for the last. Rightly hailed as the reason behind England’s questionable victory over New Zealand in the World Cup 2019, Ben Stokes not only proves his mettle with the ball and on the field, but also serves as an anchor in the batting department, holding the middle order in place and ensuring no relapses, with his powerful yet sensible knocks as and when the situation demands, especially in meandering situations that generally demand not only a great deal of batting capabilities, but also the serenity of one’s mind, along with lasered focus—Ben has it all. Ben Stokes is one of the most initiated all-rounders when it comes to playing in Indian conditions due to his previous involvement in various teams and franchises, expect his value be budget-shattering, with possibilities of being the most expensive player in this year’s IPL. 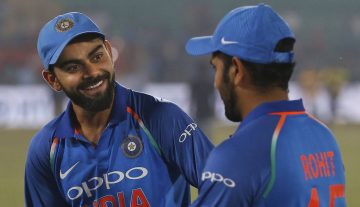