The Australian limited-overs skipper, Aaron Finch is well aware of how competitive and drive the Royal Challengers Bangalore (RCB) skipper, Virat Kohli is and he is looking forward to playing under him in the upcoming Indian Premier League (IPL) 2020. The IPL will be played in the UAE between September and November 10. During the auction last year, RCB managed to bag key players like Finch, Chris Morris, Dale Steyn, Joshua Philippe, and Isuru Udana.

In an interaction with ANI, Finch said, “I can’t wait to join up with RCB. To get the opportunity to play for a franchise that has some of the greatest players in the world is going to be fun. It will be my first time playing under Virat’s leadership but something I’m very excited about. Having played against him for a number of years now in international cricket and IPL I know how driven and competitive he is, that something I’m looking forward to seeing up close.”

When asked whether Finch’s leadership skills will come in handy for the franchise, he replied saying that his experience will come handy as he can do anything to take some pressure off Virat. Aaron Finch’s ability to use the long handle is one thing that most teams dread about. He also holds the record for the highest individual score in T20I cricket – a knock of 172 against Zimbabwe in 2018.

However, the limited-overs skipper said: “I would love to get an opportunity to play Test cricket again, but realistically I think it will be very tough to force my way back into the team. Not having the opportunity to play as much first-class cricket as I would like to put the required runs on the board makes it a bit harder.”

The T20 World Cup was scheduled to commence later this year in Australia but it has been postponed due to the coronavirus pandemic. However, Finch reckons that Australia have the game plan to “stand up to the pressure of a World Cup.” Australia is currently standing at the numero uno position in the Test and T20I format while they are placed fifth in the ODI rankings.

Before the IPL starts, Australia is expected to play a limited-overs series in ENgland comprising of three ODIs and as many T20Is. 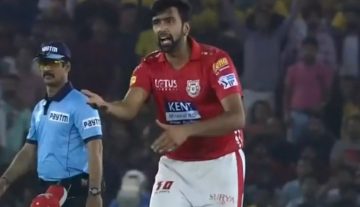