Former Australian wicket-keeper batsman, Adam Gilchrist revealed that the discussion regarding his retirement, but the final nail in the coffin was put when he dropped the catch of VVS Laxman during the fourth Test at Adelaide against India in 2008. he also said that the dropped catch also played a crucial role in him deciding to retire.

Speaking at a show ‘Live Connect’ with the TV presenter Madonna Tixeira, Gilchrist said, “I reckon it’s a good reason to retire if you drop the catch of VVS Laxman in a Test match. You don’t wanna give him too many chances.”

ALSO READ: Shane Watson Is A Fan Of MS Dhoni As He Doesn’t Age

Gilchrist had been denying the reports of his retirement ahead of the Test, but his decision of announcing the retirement mid-way took everyone by surprise. He has often been credited for bringing a revolution in the role of the wicket-keeper, ever since he made his Test debut in 1999 against Pakistan. His nearly a decade-long career saw him enthrall cricket fans with 905 dismissals – 813 catches and 92 stumpings – in 396 international matches, the second-best after South Africa’s Mark Boucher.

When asked about the India-Australia rivalry during his time in the game, Gilchrist said that [VVS] Laxman and Harbhajan [Singh] were two players who gave the Aussies a run for their money. He explained, “He [Laxman] along with most of the Indian batting line up used to smash us and then Harbhajan would come and bowl us out.”

Among many other things, Gilchrist has often been remembered for his honesty as he had the habit of walking off the field despite being given ‘not out’ by the umpire especially in the semifinal against Sri Lanka in the 2003 World Cup.

Speaking on that incident and whether he had started off a ‘trend’, Gilchrist said, “Look I think I was not any crusader to walk out to make other people do it It’s just the way you play cricket. I think there are a lot of people who walked off a game that isn’t given credit for… It’s just in a World Cup semifinal I did it and a lot of the cricket world paid attention to it and couldn’t believe it but I wish I did not nip the ball that day would have preferred to keep batting ..it’s just the way it went.” 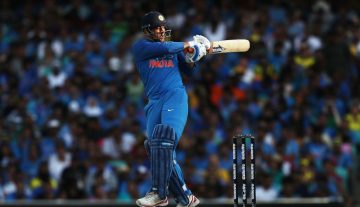