MI owner said that they were planning to get veterans at the auction to complement the budding youngsters in their camp, Ambani said Yuvraj’s purchase at his base price of ₹1 crore was the biggest steal in the history of the franchise’s IPL auctions.

Yuvraj went unsold during the first round of auctions on Tuesday before he was brought back in the accelerated bidding towards the end of a six-hour-long process that saw 60 players, including 20 overseas stars, sold to eight franchises. In the second round, Mumbai wasted no time in making the first bid for Yuvraj but much to the surprise of many, the first bid turned out to be the only bid for the 2011 World Cup-winning India all-rounder.

Describing the same, Akash said, “Yuvi [Yuvraj] and Malinga were crucial players for us at the auction. We were fortunate to get those two players. To be honest, I was thinking on the basis of experience, we retained a lot of young players. And then entering this auction, we wanted to buy a few young players but the agenda was to focus on experience a lot.”

If you are wondering why this took time…we've just got back to senses!

MI owner further added, “No doubt, they will definitely add to the franchise. Even in terms of cricketing roles, we have clear roles identified for them. They will be really, really good for Mumbai Indians. I think it’s the steal of 12 auctions that Mumbai Indians have had. Malinga too, for the base price. We had budgeted a lot more for them. Never thought they would come at the base price. Malinga is arguably Mumbai Indians’ best foreign player ever. We are happy to add them to our camp.”

After fetching a record price of ₹16 crore at the 2015 auction, the Yuvraj’s price dipped to ₹7 crore in 2016 when he was bought by SRH. He was bought at his base price of ₹2 crore during January’s auction earlier this year by Kings XI Punjab. He was eventually released by the Punjab-based franchise in the lead up to to the recently-concluded auction.

I am glad to be part of the @mipaltan family, looking forward for the season to begin. See u soon @ImRo45 👊

Meanwhile, MI head coach Mahela Jayawardene, who had the company of recently-appointed bowling coach Zaheer Khan at the auction on Tuesday, said the decision to buy Malinga was not taken at the heat of the moment but was a well-thought-out one.

Mahela said, “We realized after 12 months of hard work, he [Malinga] has come back. He is performing really well. We needed a senior bowler who could guide this young group of bowlers we had. So it’s easier for us to relate to Lasith.”

Mrs. Nita Ambani and @ImZaheer are happy to have Lasith Malinga back in the squad. #CricketMeriJaan pic.twitter.com/4aS2m2zMky

The head coach also said the Mumbai Indians are looking to shed the tag of slow starters in the upcoming season of IPL, which is expected to start in March. Notably, the Rohit Sharma-led franchise bowed out of the tournament earlier this year without failing to qualify for the playoffs after yet another slow start.

Talking about the same, the head coach said, “Ideally, you want to start with wins under the belt. That gives you momentum. Last year, we played some close matches… we could have won the first four matches that we last. It’s just the killer instinct of finishing the games wasn’t there. The players were disappointed but everyone knew Mumbai did not perform up to its potential. This squad looks similar to the ones that won the championships in the past.” 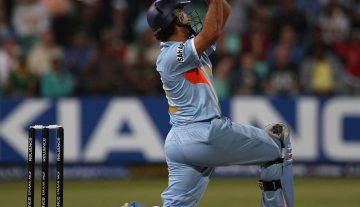