The host Australia is currently trailing the series by 2-1 and they are really in danger to lose their first ever home Test series against India. Though there is no official confirmation about their playing XI for the Sydney Test as they want a final look before taking the decision, News Limited has reported that Aaron Finch and Mitchell Marsh are likely to be dropped. The leg-spin all-rounder Marnus Labuschagne and Peter Handscomb are likely to be added in playing XI as the replacement.

Talking about their playing XI, the Aussie Test skipper Tim Paine said, “There’s ongoing discussion the last day or two but we’ll have a final look at the wicket and we’ll have our last chat then. We’re not too far away. As I said all along, we’ll be looking to pick the best XI that we think is the best combination to win this Test and the wicket will play a part in that.”

Talking about the return of Peter Handscomb, who played the first two Tests of the series but hugely underperformed and was dropped from the third Test at Melbourne, Paine told that his excellent batting against the spin could help them hugely in Sydney Test.

Paine said, “If we think India were to play two spinners Pete could be a really important player for us. We know how good a player of spin he is. That’s one of the discussions we’ll be having today, if we think India will go that way and if they are, are we prepared to bring him back in. I’m sure if he does (play), he’s an excellent player of spin and contributes a lot to the group in the field and around the team. He’s a bit like Marnus in that he’s a very good package, a good person around our team.”

On the other hand, while Australia is hugely missing Steven Smith and David Warner, their suspension period will be ended in three months. Another suspended cricketer Cameron Bancroft is now available for the national selection as he faced a nine-month ban.

The Aussie Test skipper hopes that they will be welcomed back in the team and the circumstances will give them a fair chance.

Paine said, “I hope they’re welcomed back. I mean everyone is entitled to their own opinion and will have a different view on it. But I think that once they’ve done their time I’m very hopeful that the Australian public will welcome those three guys back and give them a fair chance. I mean, just to be treated like all other cricketers are.”

After losing the third Test of the series at Melbourne, Paine admitted that the suspension of the two experienced Australian batsmen, David Warner and Steven Smith, has made the Australian side inexperienced in international cricket and it has hampered hugely in their growth. 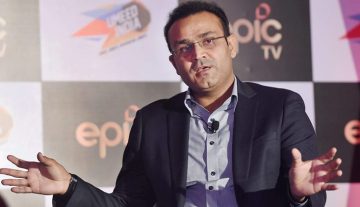