After losing the Melbourne Test against India by 137 runs, Australian Test captain Tim Paine has pointed out the inexperienced batting side.

The hosts Australia lost the battle in Melbourne Test after the visiting side picked up the last two wickets at the early moments of the delayed start of day five.

Since the suspension of the two dependable in-form Australian batsmen David Warner and Steven Smith, Australian batting has lost the track due to the lack of experience in international cricket.

Paine said after losing the Test match, “It is inexperience. It is pressure. India’s bowling attack being probably as good as probably most of these guys have ever faced. It is pretty clear, if you take 2 or 3 of the best players out of anyone’s line-up in the world, you’re going to struggle a little bit at times and have inconsistent performances. That’s what we are seeing.

“In Perth, on a really tough wicket, our top six dug in and had a real crack. In this game, no doubt we were a little bit disappointing. That’s going to happen from time to time. We have to make sure we’re improving and our good and our bad is a little bit closer together than what it has been in the last couple of Tests. But I think it’s pretty common when you’ve got inexperienced players in your top six against high quality bowling.”

Also read: Virat Kohli: We Are Not Going To Stop Here

Paine added that while India has the world-class batsmen like Cheteshwar Pujara and the skipper Virat Kohli, they are missing the same qualities due to the absence of Smith and Warner.

The Aussie Test captain added, “If you took Pujara and Virat out of India’s side I think you would have the same conversation. If you have got world-class players that are not in your team, are they going to add to our team? I think they will. So while at the moment it’s challenging and everyone’s frustrated, it is what it is and everyone is working hard and we’re getting guys who are getting experience of high-pressure situations in Test cricket and learning on the job.

“At times you’re going to get inconsistency from guys that are in that situation. The silver lining is that we have got world-class players that are available soon to come back into this side and clearly when they do it will make a huge difference.”

Paine praised the Indian pace bowling line-up for their incredible discipline with the ball. He feels that their impressive bowling has forced their batsmen to make the mistakes on the field.

The Australian Test captain said, “Their pace bowling in particular has been incredibly disciplined and has worn guys down. That is a factor why we are having a lot of starts, because they are just bowling really well and making it really hard to score. They grind you down and force you to make a mistake. There’s a little bit from our side, but you’ve also got to give them a huge amount of credit for the way they’ve been bowling as a group in this series and probably the last 12 months.”

Talking about the turning point of the game, Paine believes India’s brilliant first innings batting on the tough track. Due to the brilliant batting by the Indian top-order batsmen, India scored 443/7 decl. in the first innings of this Test match.

Paine said, “India batted superbly in the 1st innings, from that moment we were behind the game. We knew the wicket was going to deteriorate and it was going to be hard work against their disciplined attack. We’d like to get to Sydney, win the toss and have the same thing reversed.”

Talking about the MCG pitch, Paine added, “The wicket was always going to be a bit of a grind. It was going to be slow and at times expose a bit of a gap between sides. They won the toss, batted really well and kept us out there for two days. After that we were behind the eight ball, it’s pretty hard to come back from that. I think plain and simple, we were outplayed and India deserved to win this Test. You have to give India credit.”

As Australia is trailing the four-match Test series by 2-1 with one to go, stating on 3 January 2019 at Sydney, the leg-spinner Marnus Labuschagne has been called back in the squad. While the Sydney pitch favours the spinners and Peter Handscomb & Mitchell Marsh are not in the form, Marnus can be an important option for them to save the series by winning the Sydney Test.

Paine said, “Marnus has been added to the squad, he’ll come with us to Sydney and have a look at the conditions. I think we’re hearing it will spin quite a bit, so once we see that for ourselves we can try to think about the best combination to win that Test.

“That’s the goal for us, to win the Test and draw the series. I think there will be a lot of things on the table in the next day or two and I’ve got some thoughts on what I think. We’ve got the best group of players available to us at the moment and we’ll pick the best combination out of that group that we think will win this last Test.”

While Paine feels that the batsmen should score more runs, he is happy to observe the fact that they are getting starts.

Paine added, “The batsmen would like to be scoring a few more runs but at the same time what we’ve seen is guys are getting starts. They’re seeing they’re good enough at this level, it’s just a little bit of a mind thing to really believe they belong at Test level.” 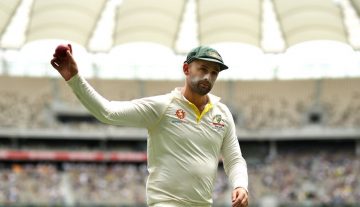