There are numerous ways to dismiss a batsman on a cricket pitch. A bowler has the advantage of earning a wicket with or without the aid of his fielders. However, there are some ways, which are legal yet unfortunate, for a batsman to get out.

One of them is ‘hit wicket’. The Law 35 of cricket states, “The striker is out hit wicket if, after the bowler has entered his delivery stride and while the ball is in play, the bails are put down by his bat or his person. The striker may do this whilst preparing to receive or receiving a delivery or in setting off for his first run after playing the delivery. In simple language, if the striking batsman knocks the bails off the stumps or uproots the stumps while attempting to hit the ball or take off for a run, he is out hit wicket.” 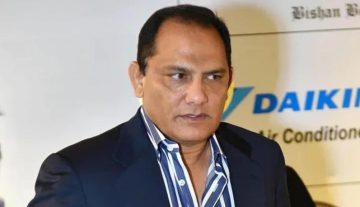 News
By CricShots - Jan 12, 2023
Mohammad Azharuddin Feels KL Rahul Is Finding Ways Of Getting Out