The BBL is currently on its 10th season for the 2020-2021 tournament and is aiming to tour across the many different areas within Australia. This year, the Sydney Sixers are in for a lot of pressure as they aim to defend their title as the champion for the last season. As the new season begins, one of the many things fans are excited about is the set of players worth keeping an eye out for–these are players that can turn the tables with their promising skills or can become a powerhouse combined with other players from their teams. Teams that have them are considered to be lucky and have a strong edge, and teams who are facing them would have to think of a strategic way to stop them.

For people who are into sports betting, watching out for the best and promising players is also one good habit that needs to be developed–as knowing the key and star players for each team can help you make a better and more strategic choice for your wagers, far beyond what the BBL betting odds might tell you.

Here are the top five players for the BBL 2020-20201 season that you should watch out for.

Riley Meredith is a bowler for the Hobart Hurricanes and just like what the name of his team says, he has been known for his speed in handling the ball of the game. He has been an indispensable asset for his team and has given a lot of other formidable players huge trouble in a game. Who knows what other amazing feats he would pull off for this season?

This season is the debut season for Imran Tahir, and he plays for the Melbourne Renegades. Although new to the BBL, Tahir has a lot of experience in T20- leagues behind him. It is always interesting to have a new face around as it is a mystery what kind of asset they can be to their team and how much of a threat can they be for their opponents.

Adam Milne was not able to play any professional T20 game since August 2019, what with the injuries he had plus the recent troubles COVID-19 brought to the entire sports industry. Still, this fast pacer from New Zealand, who is playing for the Sydney Thunder remains to be a force to watch out for.

Josh Inglis, an opening batsman for the Perth Scorchers, may not have an impressive record of scores for the BBL, but he sports an impressive strike rate of 153.99 with help of four fifties. Inglis is known for his aggressive way of playing that tends to intimidate other players.

A lot of eyes are on Joshua Philipe, as he is fresh from the IPL playing for the Royal Challengers Bangalore. Although he did not deliver any kind of stellar performance for the team, he is still expected to deliver great performance for the BBL, especially since he is playing for the defending champion, the Sydney Sixers. In 2019, it can be recalled that Philipe made the record for the most runs in the history of BBL for the Sixers. He had a total of 487 runs out of all the 16 matched that he played on.

The Big Bash League 2020-2021 is the 10th season of the KFC Big Bash League, Australia’s professional cricket T20 tournament. The seasons started on December 10, 2020, and are scheduled to have their final game by February 6, 20201, if the schedule would remain unchanged. 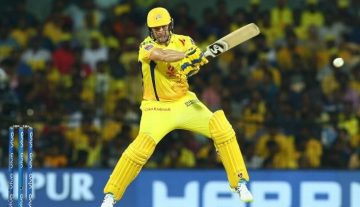 News
By CricShots - Nov 2, 2020
Shane Watson Announces Retirement From All Forms Of The Game