The Board Of Control For Cricket In India (BCCI) is looking forward to conducting a few exhibition women T20 matches this year during the knock-out phase of the IPL if things work out logistically. This move is only for the testing purpose before BCCI launches a women’s T20 league.

According to Committee of Administrators (CoA) chairman Vinod Rai, the BCCI is confined to conducting a women’s IPL and this year could see some solid movement on this front. He said, “If we find that we can host a few exhibition matches then BCCI would like to do it this year. The women cricketers deserve to play IPL.”

Even the IPL Governing Council considered this suggestion in October last year. According to the minutes of the meeting, as quoted in TOI, Rai said, “The members deliberated on the requirement for a women’s event besides an event for the juniors. The members suggested that a plan can be drawn and presented at the subsequent meeting.”

Former India’s woman cricketer and CoA member Diana Edulji feels a lot of planning is needed before the idea becomes reality. She said, “The IPL GC may discuss it for sure. If it’s feasible we will do it. I am all for women’s IPL. But it’s too late this year to come up with a full-fledged event because of time constraint. We need a different window and, therefore, we can’t rush into it. It needs a lot of planning.”

As far as exhibition matches are concerned, a few top players from England and Australia could be available for the mini-tournament. India will be playing a series against Australia in March. Following that, a tri-series has also been scheduled involving England, Australia and India. Thereafter, India are supposed to host another series against England. If things go as planned, England, Australia and South Africa cricketers could be invited for this year’s event along with other Test playing nations.

Diana also praised the Indian women’s team which won the ODI and T20 series away in South Africa. “I am happy with the way they played. This series has shown a new Indian team. The body language was good. Their fielding picked up and they were keen to win the series.” 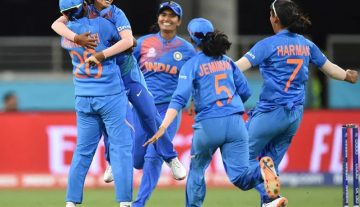