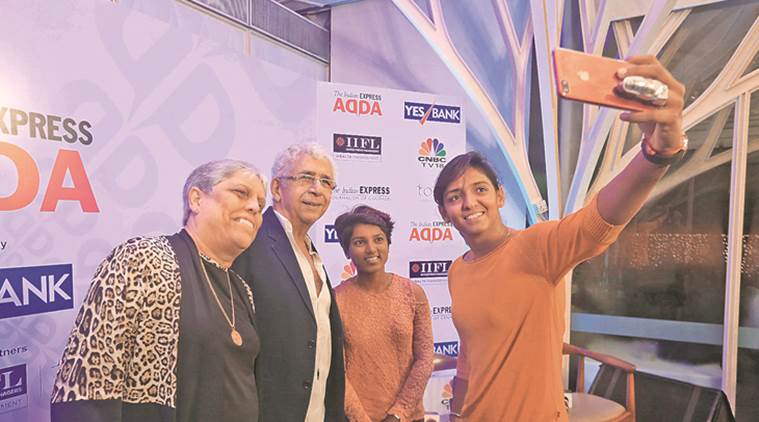 Former Indian skipper Diana Edulji calls the Board of Control for Cricket in India (BCCI) a “male chauvinist organization. She is the member of the Supreme Court-appointed Committee of Administrators (CoA), said the recent success of the women’s cricket team hasn’t been “accepted too well” by some BCCI members.

On Tuesday, Edulji in an event organized by Indian Express in Mumbai said, “I’ve always been a BCCI basher, right from the day women’s cricket came into the BCCI fold in 2006. BCCI is a very male chauvinist organization. I was very vocal right from my playing days, from when I started. Even now, it is very difficult for them (some BCCI members) to accept the fact that this team has done very well.”

Harmanpreet Kaur and Poonam Raut were also present in the event, the two stalwarts of Indian women’s team said they were humbled and surprised by the overwhelming reception upon their return home. Raut said, “There’s so much passion for cricket within us that we don’t ever think about getting tanned or that hum kaale ho jaayenge. There were many people in our society and some of my mother’s friends who would keep saying, ‘Isse ladki ki tarah thoda rehne ke liye sikhao. Ladki ke kaam sikhao’ .They used to ask my mother to teach me to dress up like a girl.”

Raut further added, “There are many parents who still think along those lines… You’ll get dark if you stay under the sun for six hours. Who’ll get married to you? I’ve seen today’s parents only encourage their daughters to study and say that you’ll have to get married at a fixed age and get settled. I believe if any girl likes playing, or if the sport is her passion, then they should be allowed to play and be supported too.”

Talking about her days of struggle, growing up in Moga, Punjab, Harmanpreet said, “When I was young I would have to beg the girls to play with me so that we could form a team of 11 players. Eventually, I would have to gather girls who were good at other sports. Cricket has become their No.1 priority now. When I started, there wasn’t a single academy in Moga. My coach started one just for me. Now, there are three exclusively for women.”

She further elaborated, “I feel like even after all that’s happened, there are a lot of changes that still need to be made for women’s cricket. I hope we don’t end up saying many years later that ‘we also used to hit sixes during our time’. So, I feel if IPL starts now, then it’s great.”

In the easy-going interaction, the three guests spoke on a range of other topics like their cricket battles against boys in their early days, and the likelihood of appearing in television advertisements.