Soon after Mumbai Indians (MI) lifted its fifth Indian Premier League (IPL) title, there have been a lot of speculations regarding the introduction of a new IPL franchise. Some of the reports have suggested that the Board of Control for Cricket in India (BCCI) is keen on adding a new franchise to the exiting eight teams in IPL’s roster. According to the latest reports of the Times of India, the BCCI is planning on adding a ninth franchise to IPL’s roster.

The report also added that the BCCI will also be considering to have two new teams on board for IPL 2021. Discussions are ongoing whether one or two teams should be added to IPL and more clarity is expected in the next three days as BCCI’s top official will be discussing the issue.

ALSO READ: Team India WIll Be Wearing Retro Jersey For ODIs And T20s In Australia

Describing the same, one of the sources of TOI said, “The tender is most likely to come after Diwali, once a decision is taken in this regard. And regardless of whether it’s one franchise or two, if new teams come in then a mega auction cannot be avoided.”

In case if one or two teams are added to the IPL, it will surely mean that a mega auction will be taking place and it can be bad news for the existing eight franchises – who will have less than four months to prepare for the mega auction considering IPL 2021 is expected to kick off between last week of March to April first week.

The central revenue pool, which is likely to remain unchanged before 2023, is also expected to be reduced for the eight franchises as it will be equally divided among all teams, with the inclusion of the new franchises.

ALSO READ: Suryakumar Yadav Has No Regret In Sacrificing His Wicket For Rohit

Informing the same, an industry source of TOI said, “The BCCI will come up with a media rights tender towards the end of 2021. Star’s five-year IPL deal will end with the 2022 season and the board will look to maximize its broadcast revenue.” 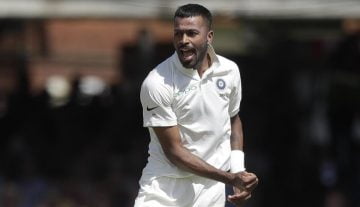 News
By CricShots - Dec 8, 2021
Hardik Pandya To Consider Retiring From Test Cricket Due To Injuries?