Indian Premier League (IPL) franchise Chennai Super Kings (CSK) are planning to go for a preparatory camp ahead of the 13th edition of the tournament from early August. This year’s IPL was originally scheduled to commence onMarch 29 but the tournament was postponed due to the coronavirus pandemic.

Recently, the IPL Governing Council chairman Brijesh Patel had gone on to announce that the cash-rich league will now be commencing on September 19 in the UAE. According to the recent reports of the ESPNcricinfo, CSK players have been asked to report to Chennai first, following which they will leave for Dubai through a charter flight only after getting approval from the Indian government.

The IPL Governing Council will be having a meeting on August 2 where they will be finalizing the schedule and other key arrangements for the tournament. Also, the Standard Operating Procedures (SOPs) around securing eight franchises for 51 days across three venues will be formally established in that meeting.

CSK, who has the oldest squad in the IPL and they are planning for a month’s preparation before the start of the tournament.

Before the coronavirus pandemic, the franchise was the first team to start their training camp in March. Senior players like Suresh Raina and Ambati Rayudu had begun training their training in December 2019.

The Emirates Cricket Board (ECB) will be willing to allow 30-50 percent of spectators when the Indian Premier League (IPL) 2020 will be taking place in the UAE if the government there approves, its secretary Mubashshir Usmani told PTI on Friday. Currently, the UAE has just over 6000 active cases of COVID-19, and the situation in the country is quite under control. UAE can be expected to get better by the time IPL happens. 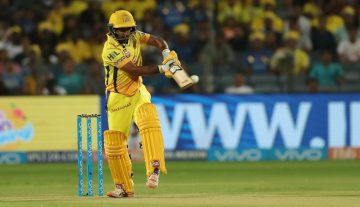