On Thursday, Cricket Australia revealed the schedule of the highly anticipated India series. India is scheduled to play the first Test at The Gabba in Brisbane. The 2nd  Daynight test is set to be played at Adelaide. Melbourne is acting hosts for the 3rd test match. India ends the  Test series with a final match in Sydney respectively. The scheduled list reveals Perth will not be hosting a single Test match vs India in the upcoming Border-Gavaskar Trophy. Cricket Australia has reasoned axing WACA’s Perth from hosting any Test match against India.

CA  chief, Kevin Roberts revealed if Perth was a selected venue, it would’ve hosted a total of four high profile Tests in an eight-year cycle. On the other hand, Brisbane would have hosted only two.  Robert adds that the decision was taken to avoid imbalance in their cycle of the Future Tours Programme.

Cricket Australia chief Kevin Roberts said, “If Perth received the India Test (this year) it would mean that Perth would have hosted two England Tests and two India Tests over the eight-year cycle for a total of four … Whereas Brisbane would have only hosted two. So that would have created an imbalance over the cycle of the Future Tours Programme.”

Roberts also mentioned how hosting games in Queensland will attract a good crowd if the games are open to the public later this year.

“And in the national interest and ensuring we take high-profile Test matches to cricket fans in Queensland. It was a more well-balanced solution. Assuming, of course, that we could get full crowds in play, that’s when this schedule was determined. 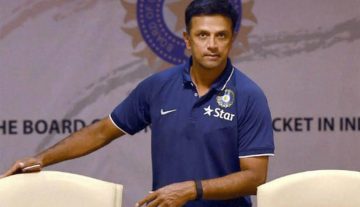