CSA has already organised the cash-rich tournament once. The country had successfully organised the full IPL 2009, the second edition of the tournament that had won by Deccan Chargers after beating Royal Challengers Bangalore in the final.

Currently, the Board of Control for Cricket in India (BCCI) is thinking for an alternative country to organize at least a part of the tournament, but at first, they are mostly waiting for the election dates.

Meanwhile, CSA Chief Executive Thabang Moroe has claimed that South Africa is interested at present to organise the next year’s IPL.

According to the businesslive.co.za, Moroe said, “If they were to propose to move it to SA‚ the easy answer to give now is yes.”

However, he further added, “It remains speculation for now until such time that the government of India announces the date for elections. But there is an appetite from them to move it to either SA or Dubai.”

Moroe also added that they have to work on the pitches and many other important things before deciding to organise this big tournament.

He said, “There are issues of wear and tear as far as our wickets are concerned and [issues regarding] our competitions because we are going to host the U19 World Cup in the next two years. Should we continue with our domestic T20 Slam this year‚ the tournament will also add to the workload on the wickets … and those are all things we must take cognisance [of] before we make a decision.” 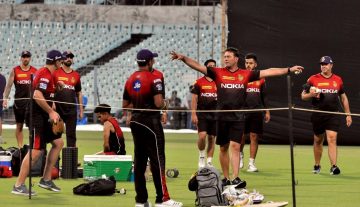