32 years ago the Indian legendary batsman Sunil Gavaskar became the first ever batsman in the history of test cricket to unlock the achievement of 10000 runs trademark while playing the 4th test of the series against Pakistan at Sardar Patel Stadium in rural Motera outside Ahmedabad, he was batting at 57 with just one run required to reach the mark.

Pakistani bowler Ejaz Fakih was bowling to Gavaskar at that moment and he took a quick single nudged through the slips and moved to 58 completing his 10000 test runs which were a proud moment for every Indian Cricket fan at that time, Kiran More who was batting at the non-striker end noticed that there was completely different celebration from Gavaskar than his usual one. As he sprinted for that run and his face was full of joy as it was a big achievement for him and also for the entire Nation. His head slightly lowered, mid-single, Gavaskar raised his bat in both triumph and celebration.

He reached the milestone in his 124th Test, against Pakistan in Ahmedabad. Play was stopped for over 20 minutes while the crowd went wild for his achievement! pic.twitter.com/2S0mEjS0At

Also Read: Gavaskar Takes A Dig At Hayden For Commenting On Security Breach

When he completed that run Fakih was seen applauding as were the rest of the Pakistani Players. That day he got lots of respect across the globe. Later that day he was dismissed by the then skipper Imran Khan (the current Prime Minister of Pakistan)  for the score of 63 and that day he can still cherish as one of the best day of his career. The match was drawn as both the teams batted only for one innings each.

After Gavaskar, there have been 12 more batsmen to score more than 10,000 Test Career runs out of which Sachin Tendulkar and Rahul Dravid are the only Indians to stand in that list, even after 32 years many batsmen have come and went but till date Gavaskar stands on the 12th position in the top test run-scorers list. Gavaskar’s achievement always carries with it the power of everlasting memory. 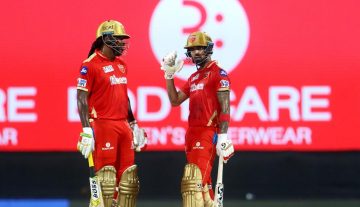