In the absence of their regular skipper, Punjab Kings (PBKS) had no choice but to open the innings with Prabhsimran Singh and Mayank Agarwal. Once Prabhsimran was dismissed, it was up to the Jamaican, the self-proclaimed Universe Boss, Chri Gayle to take matters into his own hands. While he did, with a four and a six, he was eventually cleaned up by a rather fiery full toss by the Delhi Capitals (DC) fast bowler, Kagiso Rabada.

Post that, the partnership between Dawid Malan and Mayank prospered for a bit as they started a long rebuilding process for the franchise. While they took on the bowlers, with the odd fours and sixes, Delhi was largely bossing the game, with their smart bowling changes.

At the end of the 13th over, Punjab was crawling towards 87/2, having to maximize on their start for a good total. However, that is exactly when Rishabh Pant tossed the ball to Axar Patel, who struck immediately to send back World No.1 T20I batsman Dawid Malan.

The drama started then and in the very same over, there was a moment that witnessed a comedy of errors from Mayank and Deepak Hooda which resulted in a comical run-out. Having punched the ball straight to Hetmyer, Mayank took off for a quick single before pulling a late plug, which resulted in the all-rounder catching Hooda short of his crease.

That was not it, Axar, was also smart enough to chuck the ball towards the striker’s end to ensure that he had caught both the Punjab batsmen, as both Hooda and Mayank were short of their crease. A moment that would have made some of the Pakistan batsmen from yesteryears proud. But terrible running overall, which resulted in a throw of a wicket from Punjab.

Here is how netizens reacted to the comedy of errors:

Ok I really hope that runout gets nominations. #goodbadridiculous #Ipl2021

What a mix up runout 🤯who is out? 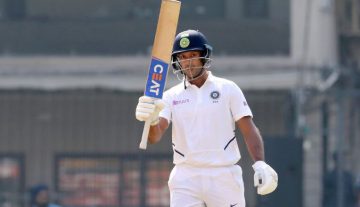 News
By SMCS - Aug 2, 2021
Mayank Agarwal Ruled Out Of The First Test Against England