On Wednesday, Indian skipper Virat Kohli recently reached his 34th ODI century during the third ODI of the six-match series against South Africa at Cape Town, which was instrumental for the visitors to take an unassailable 3-0 lead in the series. Kohli’s impressive innings of 160 gathered a lot of praise from all corners, and former India skipper Sourav Ganguly went on to compare him to some of the greats of the game. 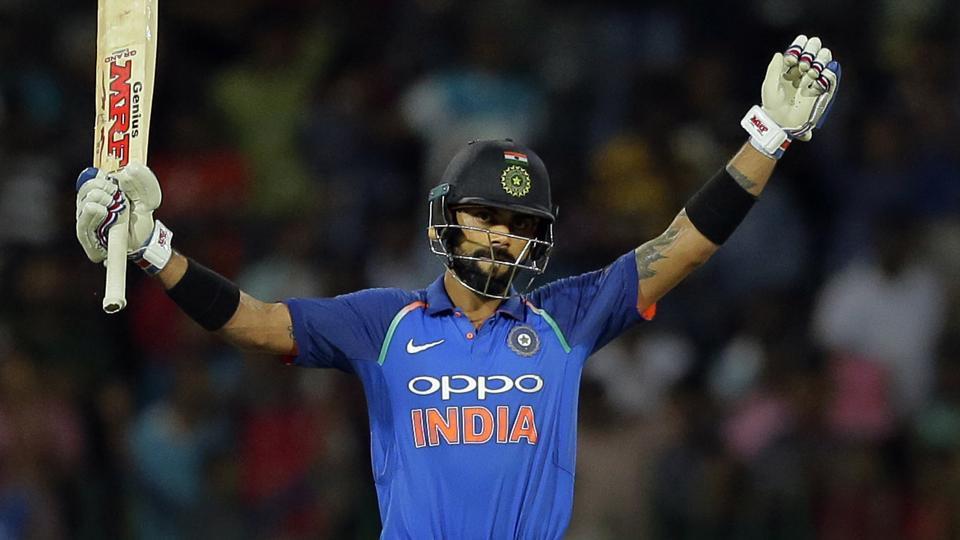 In his column for TOI, Ganguly put Virat on par with legends like Sachin Tendulkar, Rahul Dravid, and Ricky Ponting.

Elaborating on his point further, Sourav wrote, “I have been fortunate enough to play with and against the likes of Sachin Tendulkar, Rahul Dravid, VVS Laxman, Virender Sehwag, Ricky Ponting, and Brian Lara, and this man is right up there with all of them. What stands out for me is not just his amazing control and his ability to adjust but also the energy and intensity he brings to his batting in each and every innings.”

Ganguly also mentioned the fact that none of the other Indian batsmen has got a century on the tour, and that defines the abilities of Kohli. He further added, “To get to 34 ODI centuries so quickly in his career is just out of the world. The fact that no other Indian batsman has touched a three-figure mark so far on this tour and only one South African has got a century shows what quality of batsmanship Kohli has displayed on this trip. And we still have a while to go.”

Sourav also went on to compliment the Indian cricket team for their brilliant performance on the ongoing South African tour. He said, “It has been a superb performance from India. To see them 3-0 up in a six-match ODI series in South Africa, especially after losing the Test series, speaks volumes of the character shown by Virat Kohli and his boys.”

India and South Africa will lock horns for the fourth ODI at the Wanderers, Johannesburg, which will also be the ‘Pink ODI‘. Looking at the past records, the Proteas are yet to lose a ‘Pink ODI’ as they have won on all the five occasions.