Indian skipper Virat Kohli and Bollywood diva Anushka Sharma have been married for almost two months now and still, the fans can’t get over this cute couple. She goes gaga when he does well on the cricket field and he reminds his fans of wifey’s upcoming Bollywood release Pari. Whatever they do, catches the attention of their million fans.

It is not only fans who are showering the power celebrity couple with a lot of consents and love. It is Anushka’s father Colonel Ajay Kumar Sharma who has also taken a step further to express his love for daughter Anushka and son-in-law Virat recently.

Recent reports suggest that Anushka’s father bought a book of poems for Virat who is an enthusiast of poetry. Smokes And Whiskey, a book by Tejaswini Divya Naik is a collection of 42 poems on relationships. Ajay with wife Ashima (Anushka’s mother) attended the book launch event of Naik’s book and got an autographed copy of it for Virat who is currently in South Africa for a series. 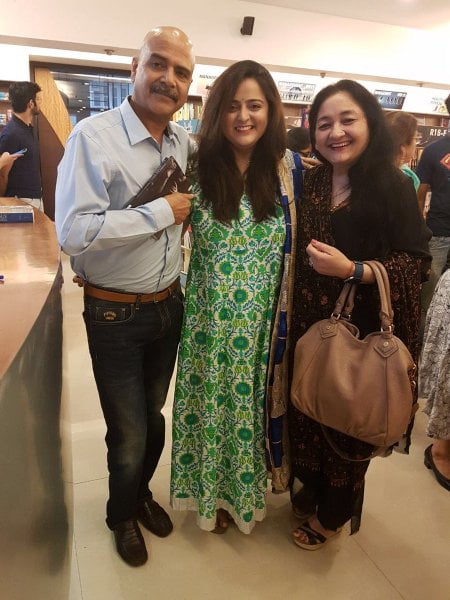 Virat and Anushka have always been true admirers for poetry which was much evident in the gift their wedding guests took back home. The couple decided on giving the return gift as the copies of Sufi poet Rumi’s anthology to people who came for their wedding.

Anushka and Virat got hitched on December 11, 2017, in Italy. The wedding was completely a private affair followed by grand receptions in Delhi and Mumbai. For their honeymoon, Virat and Anushka went to South Africa where the Indian skipper had to play a series against the Proteas. Anushka returned to India after some time as she had to resume work on Aanand L Rai’s Zero and promote her home production Pari.

The popularity of Anushka and Virat is such that even the speculations of them coming together in the next season of Koffee With Karan has left their fans delight. If Karan Johar pulls it off, it would be Virushka’s first interview together post their wedding.

On the work front, Virat recently scored his 34th ODI ton against South Africa. Anushka is busy shooting for Zero with Shah Rukh Khan and Katrina Kaif. She is also concurrently shooting for Sui Dhaaga with Varun Dhawan and promoting her horror flick, Pari, which will release on March 2. While Zero is scheduled to release on December 21.