Former Indian opener, Gautam Gambhir has put an end to the rumors regarding his rift with his former teammate MS Dhoni. Known for his outspoken personality, Gambhir is known for mincing his words. On numerous occasions, the southpaw has also criticized Dhoni’s strategy and decision-making. The same led to rumors of the stalwarts having a rift between them. However, Gambhir has now quashed all such rumors, saying he has a lot of mutual respect for the former Indian skipper.

Notably, Gautam Gambhir and MS Dhoni, who started their international career around the same time, have played a lot of cricket together. On various occasions, in fact, they had made match-winning partnerships for Team India. However, Gambhir’s off-field statements had rife rumors of a rift between the two. Back in 2012 during a tri-series in Australia, the southpaw took a dig at Dhoni’s knack of taking the game to the last over.

Gambhir had also criticized Dhoni’s captaincy on multiple occasions. However, Gautam Gambhir clarified that he doesn’t have anything against the legendary wicketkeeper-batter. He even stated that he’ll be the first one standing beside Dhoni when the latter needs.

During a chat on Jatin Sapru’s YouTube show ‘Over and Out’, Gautam Gambhir said, “See I have so much of mutual respect for him and it’ll always remain. I’ve said it on air, I’ll say it on your channel, I can say it anywhere in front of 138 crore people, that if ever in need, I hope he’s never in need, but if ever in need in life, I’ll be the first one standing next to him because of what he’s done for Indian cricket, what he’s as a human being.”

While Gambhir, who’ll be mentoring new team Lucknow Super Giants in IPL 2022, admitted there can be a difference in opinions between the duo, he clarified that it has nothing to do with respect.

Gautam Gambhir concluded, “See we can have differences in opinion, you might look at the game a different way, I might look at the game in a different way. I’ve got my own opinions, he’s got his own opinion. I’ve actually been the vice-captain the longest time when he was the captain… We’ve been rivals on the field when we played for our respective teams. But I’ve got so much mutual respect for him, for the kind of person, the kind of cricketer he is.” 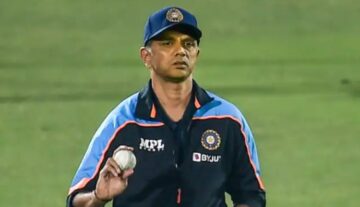