Harbhajan Singh in an interview with ESPNCricinfo shared his Best Test 11. This list refers to the eleven players from all across the world whom Bhajji considers being the best at Test matches. Starting with the openers, Harbhajan Singh went for his team-mate and the deadly Virender Sehwag. He decided to pair Shewag with the ferocious Australian opener Matthew Hayden.

Progressing down the order, Bhajji decided to again opt for his Indian teammate.  He decided to go with the ever-dependable Wall of India. He also explained his thought process and explained why he chose the legendary batsman Rahul Dravid to walk -in at no 3 for his Test 11.

“He is the most dependable batsman that I’ve ever played against or bowled to. In any condition, whether you talk about playing fast bowling, seam bowling or spin, he had the technique to cope with it,” Harbhajan added. Following up after Dravid, The off-spinner decided to have the legendary Sachin Tendulkar and South African all-rounder Jacques Kallis at 4 & 5.

He had a tough call in choosing between Virat Kohli, Brian Lara or Kevin Pietersen who all vouched for a spot in Bhajji’s all-time test 11 spot but the Turbanator finally decided to go with the Australian World Cup-winning captain Ricky Ponting. Harbhajan Singh also decided to stick with Ponting as the skipper of his Test XI.

Speaking about the wicketkeeper, Harbhajan Singh decided to go with former Sri Lanka captain and all-time great Kumar Sangakkara. He justified his decision by saying, “Obviously Adam Gilchrist was a great player but Sangakkara’s record speaks for itself. He averaged 57 in Tests and it would have been a lot more had he not also been a wicketkeeper in the first part of his career.”

Harbhajan later picked the South African Shaun Pollock, along with fellow Pakistani Wasim Akram, and the Australian Glenn McGrath as his pacers while spin wizard Shane Warne featured as the only spinner in Bhajji’s playing XI. 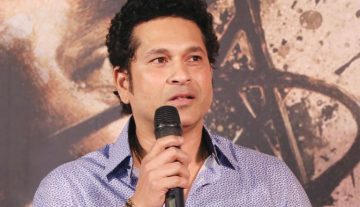