The flamboyant Mumbai Indians all-rounder Hardik Pandya has explained that now he has made the habit of living with the injuries would be a part and parcel of his career. He also added that injuries have always motivated him to perform better and overcome every adversity. The Indian Premier League (IPL) 2020 is scheduled to be commencing on September 19 and the final will be played on November 10 in the UAE across three venues – Dubai, Abu Dhabi, and Sharjah.

In a video uploaded by Mumbai Indians on their Twitter handle, Hardik was heard saying, “In my life, I have realized one thing that injuries would be with me. No one wants to get injured but I accept the fact that what I do, injuries will be a part. Injuries have always kept me going, always kept me motivated, actually taught me how much I have to put hard yards and the hard work has always increased, never decreased.”

He further elaborated, “I have always believed that if you become much fitter than what you are previously I think you can increase your skill level and adapt to lots of things which you have never seen before. I have always felt that if you go one step ahead in your fitness, there are many more magical moments in your life waiting.”

The all-rounder also said that he is in great mental space and as a result, he is looking forward to putting some consistent performances for his franchise.

Hardik explained, “Luckily I got one tournament which was DY Patil which I played for Reliance, as a player it gave me immense confidence to implement the hard work I have done over a period of time. The way I am hitting the ball right now, the shape and mental space I am in, it is just a matter of time that I go and spend some time on the ground and I think things will come out pretty well. “

Mumbai Indians will be locking horns with Chennai Super Kings (CSK) in the tournament opener on September 19 in Abu Dhabi. 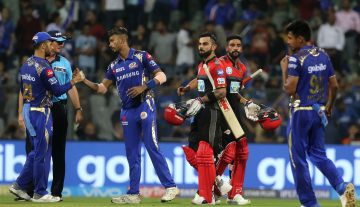