The limited-overs series between India and Australia is set to begin on February 24, which is seeing as a dress rehearsal before the ICC Cricket World Cup 2019. Australia will play a two-match T20I series before heading into the all-important five-match One-Day International series. Virat Kohli is set to return in International cricket with this series as he was rested from the last two ODIs and all three T20I matches in New Zealand.

Hence, Kohli is expected to grab all the eyeballs in this series. He holds an exceptional record against Australia and thrashed them whenever these countries met facing each other. However, he was not at his usual best during India’s recent tour to Australia, where he managed just one century each in Test and ODI series.

During the three-match ODI series Down Under, Kohli got dismissed by Jhye Richardson in all three One-Days. Thus, Richardson was seeing as the nemesis of Kohli but the Indian skipper will now want to shrug all these talks. Meanwhile, former Australian batsman Matthew Hayden feels things will be different in India and Kohli will pose a challenge to Aussie bowlers.

Talking to Times of India, Hayden quoted “In the recent series (in Australia), Virat did have some trouble against Richardson, who played beautifully, taking Virat’s wicket thrice. But, I believe it will be a very different scenario this time around. Jhye is a young player, not with a lot of experience of playing cricket in India, so I believe Virat will be dominant in this one.”

Rohit Sharma was troubled by Jason Behrendorff, who was making his ODI debut, during the same series. Praising him former Aussie opener said, “Behrendorff is tall and has good pace and bowls into the wicket and will pose a challenge to the Indian batsmen, who are in great touch.” 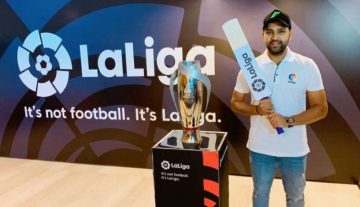