The 22-year-old Delhi boy Himmat Singh has grabbed big attention in the Indian cricket after the Royal Challengers Bangalore (RCB) bought him for INR 65 lakh during the IPL 2019 Auction.

Himmat has played the wide range of domestic youth tournaments where he has performed consistently with the bat. After his impressive performances in the youth stage, Himmat was named in the Delhi squad for the 2014/15 Ranji Trophy but didn’t make his debut in that domestic season.

Also read: IPL 2019 Auction: Top 5 Unsold Players Who Were Expected To Be Sold

In the next season, Himmat made his debut for the Delhi senior cricket team through the List A format while he made his first-class debut in the last season.

Now, the talented youngster has joined in the IPL team. He had the base price of INR 20 lakh and Rajasthan Royals opened his bidding process during the accelerated bidding session but RCB won that fight and secured Himmat for the bid of INR 65 lakh. It will be Himmat’s first IPL season.

Here are some important facts about Himmat Singh’s cricketing career: 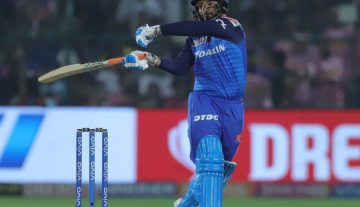 News
By CricShots - May 7, 2019
Rishabh Pant Asks His Fans To Cut Him Some Slack