There is no doubt about the fact that the Indian Premier League (IPL) is one of the most followed cricket league in the world. The following of IPL is increasing exponentially each passing year. In every auction, fans witness a lot of players who get sold for whopping amounts.

This year, IPL auction took place on Tuesday (December 18) and it was full of unexpectedness. There were many ups and downs with stars like Brendon McCullum, Dale Steyn getting unsold whereas new entrants like Nicholas Pooran and Shimron Hetmyer were sold to Sunrisers Hyderabad and RCB for ₹4.20 crore respectively.

After the auction, every franchise felt that they had got the best players and in the process, many new faces have hit the jackpot and all the media limelight. Here are the players whose value went up like a rocket and nobody saw it coming :

Himmat Singh is a 22-year old right-handed batsman from Delhi who has played only 4 T20 matches so far. With the highest score of  9 runs not out, it came up as a surprise when he was bought for ₹65 lacs by RCB. RCB is a team which is known to score big and his hard-hitting quality might have drawn the interest of the RCB team management. 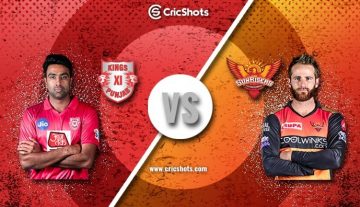