Last summer, the banters between Indian and Australian players made headlines during a four-match Test series played Down Under. Australian skipper, Tim Paine, and the Indian gloveman, Rishabh Pant targeted each other as well as players from the opponent camp during the series. The umpires had cautioned both the teams but it was never out of control. The sledging was limited to light jokes.

However, on Day 3 of the final Ashes Test at the Oval on Saturday, the rivalry reached to another level in terms of sledges and talking being thrown around. England all-rounder Ben Stokes apparently overheard calling Australian batsman David Warner “a f***ing p***k” while Paine is suspected of having called the England cricketer “Bristol”, taunting him over the brawl at a nightclub he had found himself in 2017.

Another Australian cricketer Matthew Wade has constantly heard chirping because of which the umpire reprimanding him and slapping him on his wrist. However, Paine wasn’t too bothered and said it was all part of the game. Recently, the former Australia skipper Ian Chappell was not impressed with the visitors’ conduct on the ground though. He called the constant sledging the “greatest load of rubbish” and he advised the umpires to handle things with more authority.

Talking about the same on Australia sports television program Sports Sunday, Chappell said, “It’s about time the bloody umpires intervened. Every time I read it’s part of the game I think it’s the greatest load of rubbish I’ve ever heard. The batsman is entitled to peace and quiet when he’s out there batting. If I’m a batsman, I’m not putting up with that.”

The Australian cricketer criticized umpire Kumar Dharmasena after an appeal by his team was turned down and Chappell even said that if the umpires didn’t stop Wade, the batsman would do so. Former skipper expressed that sledging is a part of the game and said all parties concerned – administrators, players, coaches, umpires – to be more vigilant and assertive with the way they handle situations on the ground. 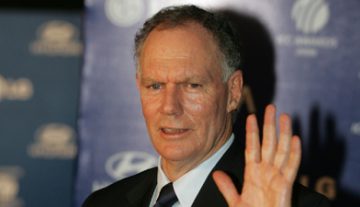