The outbreak of COVID-19 pandemic has halted has sporting activities as Cricket has been suspended since March. However, some countries areas trying to bring the game back and resume the sporting activities as the world fight’s against Corona Virus.  With lockdown laws relaxed in many countries, sporting associations are plotting guidelines for the return of the game. ICC has shared guidelines to help its associations for the same.

The England Cricket Board confirmed that 18 bowlers resumed training on May 20. England became the first cricket playing nation to commence training for its players. The International Cricket Council (ICC) mentioned that Bowlers looking at resuming Test cricket after the novel coronavirus lockdown will require two to three months of preparation to avoid injuring themselves.

England is hoping to begin their cricketing summer a little late in July. They plan to kick it off with a Test series against West Indies. ECB is also scheduled to host Pakistan for 3 tests and 3 T20 matches in August. If things go as planned, the matches will be scheduled to take place behind closed doors to avoid mss gathering of people.

The ICC’s back-to-cricket guidelines was released on Friday. It stated, “Bowlers are at a particularly high risk of injury on return to play after a period of enforced time-out.”

Teams are also advised to have larger squads and monitor bowlers’ workloads. The ICC also states that bowlers will need a minimum of eight to 12-week preparation before playing test cricket. Amongst them, the final phase of weeks should involve high match intensity bowling to get back in form.  However, the recommended preparation time for ODI’s and T-20’s suggested by the ICC is just 6 weeks. 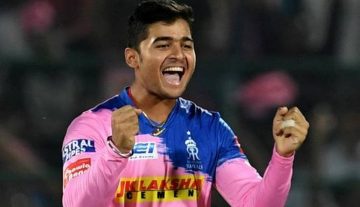