During a live Facebook chat with CricFrenzy, Bangladesh T20 captain Mahmudullah has revealed that he is a big Dhoni fan. The Bangladesh captain shares also said that he admires MS Dhoni a lot.

MS Dhoni is one of the gems in international cricket. Known for his cool, calm temperament,  many players and coaches have heaped lots of praise on the former Indian captain. Across the years, MS Dhoni has been a great game-finisher and a brilliant wicketkeeper for India. His growth from a player to the leader of the team is simply outstanding.

Mahmudullah shares how beautifully the master progresses his innings and performs so well after coming out to bat at number five or six. The Bangladeshi T-20 captain adds how he is trying to learn how to stay calm and finish the games for the team from MS Dhoni.

“I’m a huge fan of MS Dhoni, the way he controls himself. He also batted at five-six for the India team and whenever I sit idle I try to watch his innings, even watch live games of his. And try to learn how he composes himself in the game,” Mahmudullah said.

The 34-year-old Bangladeshi feels Dhoni has had a great influence on his cricketing career. He also shares how he watches MSD’s batting highlights and live games whenever possible.

“It is not easy having 50 plus average in ODI cricket for so many matches and having a strike rate of 90 plus, it’s amazing and the way he controls the game till the last, similarly I also have to bat at five-six so I try to learn these things from him. He’s been a great influence in my cricket arena,” he added. 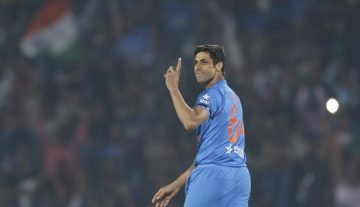