After suffering a humiliating loss by 10-wicket in the first ODI in Mumbai, Team India made a strong comeback in the Rajkot by defeating the Australian team by 36 runs and leveled the three-match series by 1-1. After winning the toss, the Australian skipper, Aaron Finch had asked the men in blue to bat first.

Coming in to bat at his usual batting position of No. 3 after the dismisssal of Rohit Sharma, the Indian skipper, Virat Kohli scored his 56th ODI half-century amidst a 103-run second-wicket partnership alongside opening batsman Shikhar Dhawan who was dismissed by Kane Richardson n 96 in the 29th over. While Kohli scored 78 (76) with the help of six fours, it was Dhawan who provided India with yet another foundation on the back of his 29th ODI half-century with the help of 13 fours and a six.

Despite individual half-centuries from Dhawan and Kohli, it was wicket-keeper batsman KL Rahul’s 80 (52) with the help of six fours and three sixes which powered the hosts to 340/6 in 50 overs. He made two crucial partnerships, first of 78 runs with Kohli for the 4th wicket then of 58 runs for the sixth wicket.  With bowling figures of 10-0-50-3, Zampa was the pick of the Australian spinners. Pacer Kane Richardson (10-0-73-2) was the only other Australian bowler to dismiss a batsman on Friday.

Chasing 341, Australia had a sluggish start as Manish Pandey pulled off a blinder of a catch in the fourth over of the innings at cover-point to bring the Rajkot crowd alive by dismissing David Warner. However, Finch and Steve Smith added 62 runs for the second wicket but the Aussie skipper was dismissed by Ravindra Jadeja owing to a brilliant stumping of KL Rahul in the 16th over.

There was no respite for India though as Smith and Marnus Labuschagne just seamlessly stitched yet another partnership. Smith got to his 50 as well even while Labuschagne made no fuss about his debut ODI innings. He was closing in on a well-deserved half-century. But a checked shot in the air off Jadeja brought about his dismissal and eventually, in hindsight, it proved to be the turning point in the game.

When Labuchagne got out, Australia still needed 163 runs in around 19 overs and though Smith tried his best, nut eventually he also got out at a score of 98 along with Alex Care in the 38th over. Smith was just batting sublimely until then but was played on and this is where Australia’s hopes of sealing the series were dashed. Australia was bowled out for 304 in the pursuit of 341 in the final over of the innings. The series is nicely set up for a blockbuster of a decider at the Chinnaswamy Stadium in Bangalore on Sunday.

Last eight results for India in the second match of a bilateral ODI home series after losing the first match.#INDvAUS

Well done team India on making a come back. Batted superbly and backed up by the 5 bowlers 💪👏 #shikhar #virat #rahul #kuldeep #shami #saini

Ticking boxes in all 3 departments today #TeamIndia , but the highlight has been execution ,with ball in hand , clinical… 👍🏼 👏🏼 #INDvAUS

Clinical performance by #TeamIndia to beat Australia by 36 runs and level the series 1-1. Onto the decider in Bengaluru. #INDvAUS pic.twitter.com/H808C2tbot

Top innings from KL down the order! #IndvAus

It is testament to the talent of KL Rahul that despite India's constant meddling with his position in the team and his role in the side he continues to excel. What a brilliant player. #INDvAUS 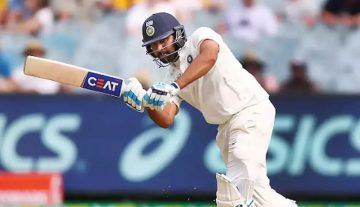 Article
By Shruti - Dec 24, 2019
“What a way to finish the year”: Rohit Sharma after India’s ODI series win