Because of the recent anti-IPL protests at the Chepauk stadium in Chennai over the Cauvery issue, the home matches of the IPL franchise Chennai Super Kings (CSK) are expected to be shifted to Kochi from Chennai.

The first match of IPL 2018 at the Chepauk stadium, Chennai, witnessed a lot of disturbances from protesters who demand the formation of Cauvery Managment board at the earliest. Thousands of pro-Tamil activists hit the streets near Chennai’s MA Chidambaram Stadium on Tuesday to call for a boycott of the IPL matches of CSK.

One of the sources of news minute BCCI to TNM said, “We are likely to shift the Chennai matches out of the city. An official statement will be released about this soon.”

The BCCI had mentioned concerns for the safety of the cricketers as the Chennai police are finding it difficult control the protestors. However, it has not been decided where these matches will be held (most probably Kochi).

Chennai’s MA Chidambaram was supposed to be hosting as many as seven IPL games out of which one has already taken place. Earlier, there were speculations that the matches involving CSK and Royal Challengers Bangalore, which are supposed to be held at venues in Chennai and Bengaluru, would be shifted to a stadium in Kerala.

Talking on the same line, Kerala Cricket Association Jayesh George told the media on Sunday that talks about these changes had already begun. 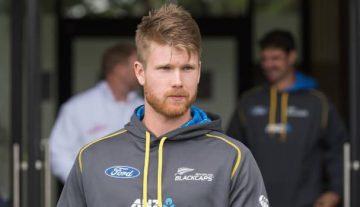 Social Shots
By Sandy - Aug 12, 2018
Jimmy Neesham gave a perfect reply after he was abused in Hindi