During the 20th match of the 11th season of the Indian Premier League (IPL) between Sunrisers Hyderabad (SRH) and Chennai Super Kings (CSK) at Hyderabad, Kane Williamson, captain of Sunrisers Hyderabad, took on Karn Sharma to the extent that the over changed the course of the match for his team.

After Williamson sent Chennai Super Kings in to bat, his bowlers did not let the visiting team get off to a flying start. However, a 112-run partnership between Suresh Raina and Ambati Rayudu saw Chennai Super Kings score 182-3 in their allotted quota of 20 overs.

In the second innings, the Sunrisers too failed to get off a great start, losing three wickets in the powerplay. Having said that, Kane Williamson was determined and played no loose shot to give the opposition any hope.

He followed it up with a six through the long off region as the bowler kept bowling the same length. 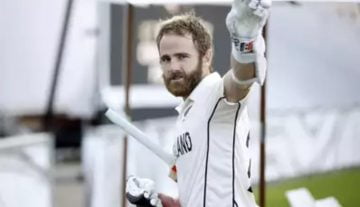